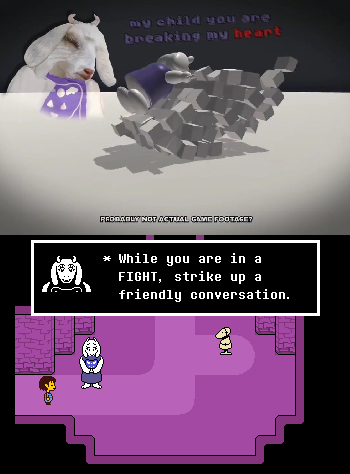 Above: A 3D "missing scene" in the game's trailer.
Below picture: The 2D game itself.
Advertisement: