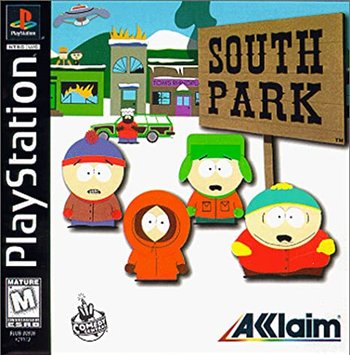 South Park is a 1998 First-Person Shooter game based on the cartoon of the same name, made by Acclaim using the engine of the Turok series. It came out on the PlayStation, Nintendo 64 and Microsoft Windows. Trey Parker and Matt Stone reportedly hated working on the video game.