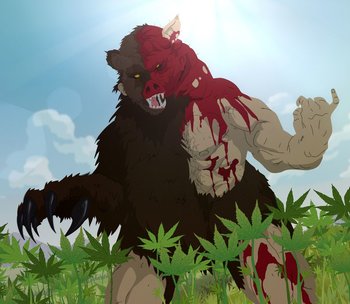 Holy shit, it's real!
South Park is 25 years old at this point, so it's bound to have a good deal of disturbing moments amidst all the Black Comedy (never mind that the show, in America, is rated TV-MA and makes it explicitly clear with every episode that it shouldn't be watched by anyone).
Advertisement:
open/close all folders
General
Episodes
Season 1