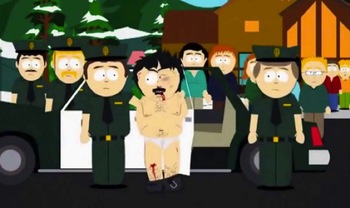 Make sure you don't get this drunk.
Advertisement:

Randy: "This is for what? Arresting me for what? I'm sorry, I thought this was supposed to be America!"