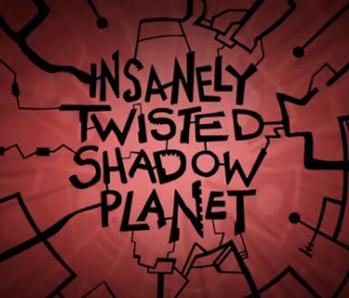 Exactly What It Says on the Tin.
Advertisement:

Insanely Twisted Shadow Planet is a Metroidvania-style game developed by Fuelcell Games. The player assumes the role of an alien flying saucer exploring an insanely twisted shadow planet which has encapsulated the alien planet's sun.

The game is available on Steam and Xbox LIVE Arcade.