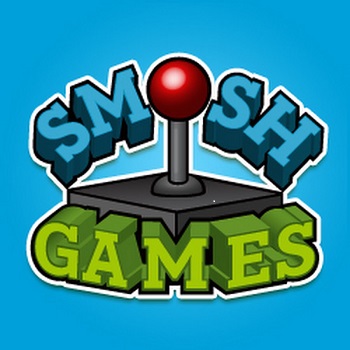 is a YouTube channel, and the first spinoff channel from the popular SMOSH channel, in which Ian and Anthony, plus Mari, three gaming buddies from Clevver Games (Sohinki, Lasercorn, and Jovenshire), and later recruits (Wes, Flitz, Boze and Damien) did hilarious Let's Play videos of a wide variety of video games, and also compete with each other in "Game Bang" vids where the losers have to suffer some kind of Cool and Unusual Punishment, among over types of videos. It stopped making videos in December 2018 due to its then parent company Defy Media imploding. In early 2019, Mythical Entertainment bought the Smosh brand and with it Smosh Games. As a result, it returned to making new content in April 2019.

open/close all folders
Cancelled Shows
Some other show series that the channel used to host, but for one reason or the other, got cancelled, includes: