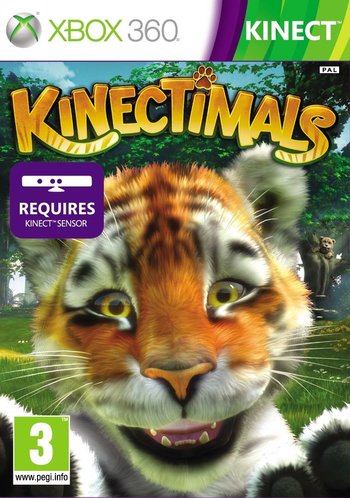 Kinectimals is a game for the Xbox 360. The player takes on the role of an adventurer/explorer who visits a remote, mysterious island.There, the player discovers its inhabitants — a bizarre lemur/fairy hybrid named "Bumbles" and a bunch of great cat cubs. Bumbles soon tells the player of "Felis Aurum," a giant cat statue made out of gold, said to be hidden somewhere on the island, and he, the player and one of the cubs go off to explore.

A sequel/expansion pack was released; Kinectimals Now With Bears. In this, you arrive at Mira Island, the island shown at the end of the first game. And with a new guide, "Lina" you explore the island solving "Fiddler’s Quest."