Literature / What Were They Thinking? The 100 Dumbest Events in Television History 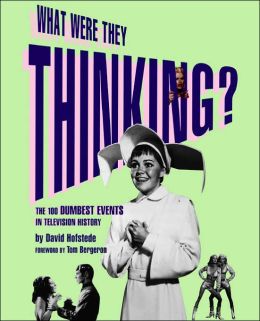 2004 book by David Hofstede celebrating the worst of television. Anything goes: individual plot points or elements, or even entire shows. It's an interesting reading to know what some people consider examples of "So Bad, It's Horrible" (or at the very least incredibly controversial).