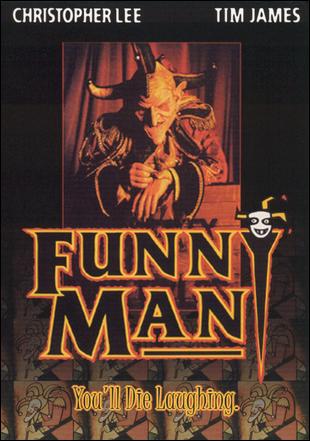 Record producer Max Taylor (Benny Young) wins a mansion in England in a game of poker from a man named Callum Chance (Christopher Lee). When Max arrives at the premises with his family, they come in contact with a deadly supernatural jokester known as the Funny Man (Tim James) who lives within its walls.

Not to be confused with the completely unrelated 1948 comic book.