Literature / What May Happen in the Next Hundred Years 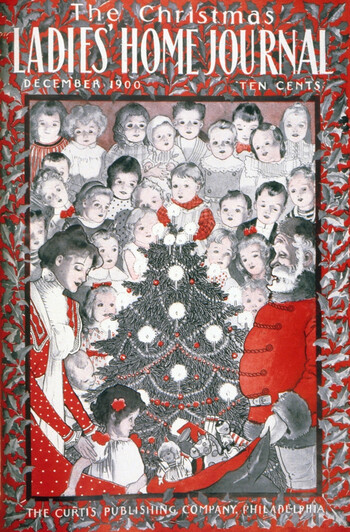 Cover of the December 1900 issue, in which the article was published.

An article originally published in the Ladies' Home Journal in 1900 predicting what may happen by the year 2000. Some predictions were surprisingly accurate, managing to predict air conditioning, fast food, and global transmission of news. Some weren't, such as hot and cold air being supplied via pipes from a central plant and wild animals existing only in zoos. Some were technically correct, but completely missed the mark. For example, opera is transmitted to private homes, but it's hardly a major form of entertainment, we haven't exterminated mosquitoes and flies (although we wish we had), and while weaponized flying machines and forts on wheels do exist, they're not the airships and literal forts on wheels that the article predicted.

This article has been copied around the Internet. Since it is from 1900, it has fallen into the public domain, and may be found among other places here

. Not to be confused with the book The Next 100 Years

, by geopolitical scientist George Friedman, which predicts the 21st century.