Literature / The War in South Africa 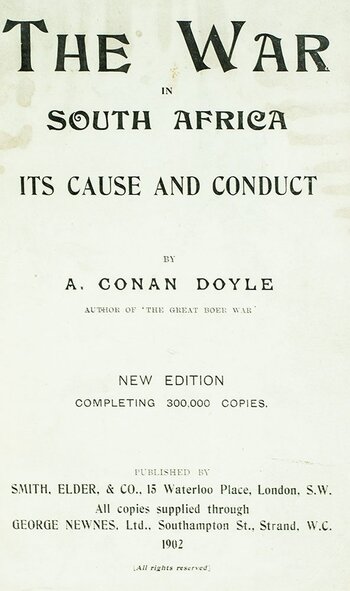 The War in South Africa: Its Cause and Conduct is a non-fictional work by Arthur Conan Doyle, of Sherlock Holmes and Lost World fame, exposing the conduct of the British Army during the Boer War.

Sympathetic to the British POV, it's a historical account of the events leading to and resulting from said war, and also an attempt to divert both factual and invented accusations of humans rights abuses against his country. The most remarkable fact in the book is that, while trying to analyse accusation against his country, Doyle provides a detailed description of the Tropes played by the accusers for trying undo them, not much differently from how his most famous character solved crimes or Dr. Challenger tried to find scientific explanations for the supernatural events going around him.