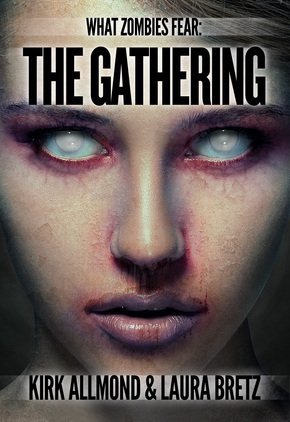 What Zombies Fear is a six-book series by Kirk Allmond and Laura Bretz. Originally self-published, the books were eventually picked up Permuted Press and re-released as part of their Platinum line of books.
Advertisement:

The premise is that zombies have risen to take over the world but these zombies are different. Intelligent and possessed of a hive-mind, they have settled into the business of exterminating mankind with a ruthless efficiency. Fortunately, their bite has an unintended consequence for a small collection of humans as they develop superpowers because of it.

Victor Tookes, the titular being who the zombies fear, sets out to rid the world of the undead scourge on behalf of his infant son Max.

This time, the humans fight back.