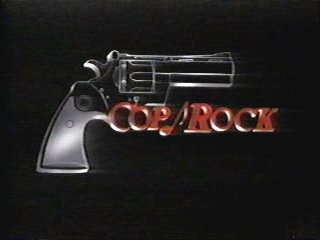 Cop Rock was a 1990 police drama presented as a musical. Steven Bochco made it in an attempt to replicate the success he had with Hill Street Blues, the acclaimed gritty police drama. He largely reused its premise but in musical form. This experiment definitely didn't work, possibly due to the dissonance of cheery, happy songs appearing spontaneously in an otherwise relatively serious police drama. In the show, the ensemble cast mixed musical numbers and choreography throughout storylines, for example, bursting into songs during court trials. It's just as bizarre as it sounds, and became infamous for its strange premise and stranger execution.

It has the honor of being rated #8 on the TV Guide List of the 50 Worst TV Shows of All Time, and #29 in What Were They Thinking? The 100 Dumbest Events in Television History. You could, of course, watch it for the camp factor without taking it seriously, and you might enjoy it. Heck, Bochco never regretted making it, calling it "the most fun I’ve ever had in my life".