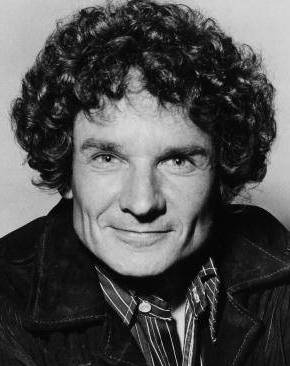 Hamilton Camp (30 October 1934 – 2 October 2005) was an English singer-songwriter and actor. Born in London, England, he was evacuated during World War II to the United States as a child with his mother and sister(s). He became a child actor in films and onstage, originally performing under the name "Bob Camp"; he later changed his name to Hamilton after joining the Subud spiritual movement.

Camp became well-known as Bob Camp (no relation to one of the animators from Ren & Stimpy) when he played in a folk duo with Bob Gibson. Their influential album, Gibson and Camp at the Gate of Horn, was recorded in Chicago in 1961. When they broke up, Camp continued to work as a solo act. He began using the name Hamilton Camp musically around the time his solo album Paths of Victory was released in 1964.

After working as a child actor, Camp began acting again in 1961 with the Second City in Chicago, and with The Committee in San Francisco in the mid-60s, leading to television and theatre work, and occasional films. One of his early appearances on American TV was the One-Episode Wonder sketch show Turn-On in 1969, which, in most affiliates, was canceled 10 minutes into the episode due to complaints that it was too raunchy/too horrible to be seen (other affiliates either banned the show or aired the entire episode and never reran it).

In addition to his live action work, Camp became a well-known voice actor. He provided voice roles for many studios, including Disney and Hanna-Barbera. His most notable role for Disney was the high-strung accountant Fenton Crackshell and his alter-ego Gizmoduck, an affectionate parody of RoboCop, who appeared on DuckTales (1987) and Darkwing Duck; for Hanna-Barbera, he did voices for Scooby-Doo and The Smurfs, among other series.

Camp occasionally returned to music over the years, and released a new album in 1999 called Mardi's Bard, dedicated to the late Mardi Arquette, the wife of Lewis, and mother of Rosanna, Patricia, David, Alexis and Richmond.

He married Rasjadah Lisa Jovita Cisz in 1961, and they had six children. His wife Rasjadah died in 2002. Hamilton Camp died suddenly of a heart attack on October 2, 2005 in Los Angeles, four weeks before his 71st birthday. He is survived by his six children and thirteen grandchildren.

Tropes exhibited by him: