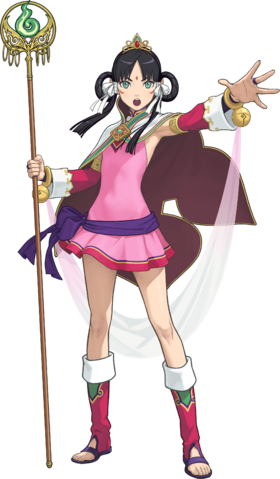 "Foolish child. Doubting the Divination Séance is tantamount to doubting the Holy Mother herself. Your Magistry! As royal priestess and in the name of the Holy Mother, I command you! Impose the highest penalty against this unclean soul!"

The princess of Khura'in and a priestess who acts as an oracle. Although she is mostly antagonistic to Phoenix, she acts as his investigative assistant in 6-3 and 6-5.

"Heh, you lawyers are all the same. You strut your stuff till the DC Act comes down hard. Then you start begging and pleading for your lives. It's really hard to watch, I tell you."

The Minister of Justice for Khura'in and the queen's husband. 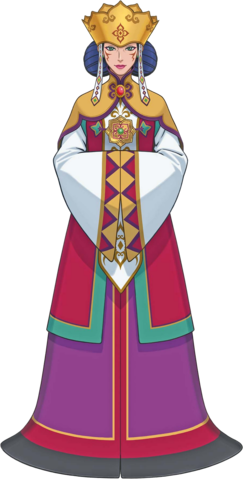 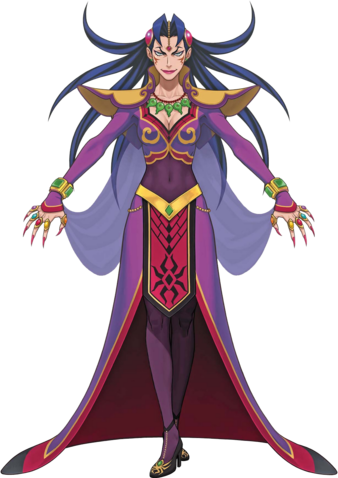 "Ho ho... May the Holy Mother's blessing be upon you."

The current queen of Khura'in. Formerly a prosecutor and Minister of Justice, she rose to power following the assassination of the previous queen. Serves as the prosecutor for the final case of Spirit of Justice.

"I must say, a life dedicated to the servitude of others is not the least bit disagreeable. It is a quiet, humble existence — far removed from the tedium of regal duties."

The former queen of Khura'in. She was assassinated 23 years ago, and in the aftermath of her death the succeeding queen, Ga'ran, imposed the Defense Culpability Act. Except she's not actually dead; she survived the attempt on her life and was forced into hiding. 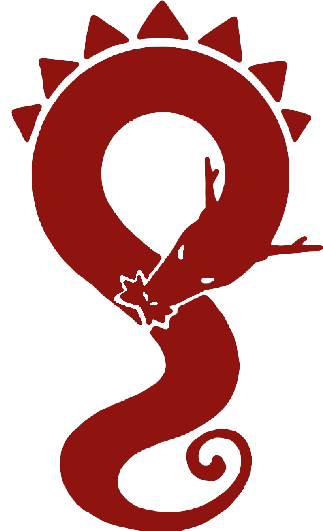 A group of revolutionaries and and ex-lawyers formed by Dhurke Sahdmadhi after the Defense Culpability Act was passed, the Defiant Dragons have one goal in mind: to overthrow the evil Queen Ga'ran and restore Khura'in's legal system to its previously fair and just state.
Dhurke

".........A dragon never yields. Even when wounded, a dragon bites down hard, and never lets go till its dying breath. It glares, it roars, and it latches its jaws firmly onto its prey till the bitter end. That's what lawyers do to get to the truth!"

A former defense attorney and the leader of a group of revolutionaries. Amara Sigatar Khura'in's husband, Nahyuta and Rayfa's biological father, and Apollo's foster father.

Dhurke's right-hand man, who escaped from prison around the same time as the death of Tahrust Inmee. See here for more details and associated tropes.

Tahrust Inmee's widowed wife. She was a member of the revolution, and leads an army for its cause. See here for more details and associated tropes.

Beh'leeb Inmee's husband, and the first known victim of The Rite of Turnabout. He was a member of the revolution up until his death. See here for more details and associated tropes.

An international prosecutor and a devout Khura'inese monk. Despite seemingly being subservient to the Ga'ran regime, his true allegiances lie with the Defiant Dragons. See here for more details and associated tropes.

The founder of the Khura'in belief and the first ruler of the kingdom. 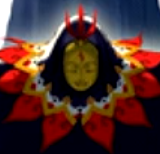 The younger sister of the Holy Mother, who fought valiantly to establish the Kingdom of Khura'in and is now revered as a guardian deity. The local TV heroine 'The Plumed Punisher' is based on her. A vigilante bearing her cloak, mask, and dagger hunting down rebels turns out to be Rheel Neh'mu, a Secret Police agent.