Characters / Ace Attorney: Witnesses and Other Characters - Spirit of Justice

Note: Due to the sheer amount of spoilers, all spoilers for Spirit of Justice are unmarked. Read cautiously!

The Foreign Turnabout (Gyakuten no Ihōjin)

A monk-in-training who works as a tour guide for visitors in the Kingdom of Khura'in. He is accused of murder while being a tour guide for Phoenix Wright, who steps up to defend him in court. 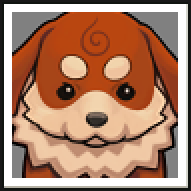 "Playing this tune here is a precious gig for me and my girl here, ya dig?"

The head monk of Tehm'pul Temple. He plays an instrument called a dahmalan. All the time. Especially during his testimonies, which he improvs as a song. Quietly holds dreams of being a Heavy Metal musician, and he's actually pretty good at that, too.

A TV show producer and talk show host who works with Trucy, also known as the Ratings Rajah. He is the original Mr. Reus, but he was kicked out of Troupe Gramarye a long time ago. See Troupe Gramarye for tropes regarding him.

"Yeah, my trick is turning some heads in the magic world right now. They're calling it "new, miraculous magic." Some even say it's the real deal! Hee hee!"

A Stage Magician who works with Trucy Wright on one show. She has a twin sister named Betty, who poses as her while in court.

"I hate her. I LOATHE her! I can't stand that Trucy Wright! Just because she's a little good at magic, she thinks she's all that!"

The Rite of Turnabout (Gyakuten no Gishiki)

A mysterious man with amnesia so bad that even his own name is temporary. Not long after he appears as a witness, it becomes an act. He is really Datz Are'bal, a revolutionary who escaped from prison roughly around the same time as Tahrust Inmee's death.

The victim's recently widowed wife. She carries around a large photo of him and often talks to it, or pretends to be him with it.

"All who serve Her Holiness must strive to banish worldly desires from their soul! Open your heart! Let the Holy Mother in! Purge your mind of greed and bias!"

The victim himself. A Khura'inese priest who died during Maya's training rite. Though dead, he still has a voice and acts as a witness, with the help of Maya and her channeling abilities.

The defendant and inheritor of the soba shop that he works at. Completely and utterly plastered throughout the whole thing.

A rakugo performer and balloon artist who was at the yose at the time of the murder.

"I wouldn't want to say anything thoughtless and get arrested. After all, that'd be... a "raku-no-no"! Hee hee!"

A rakugo performer who was at the yose at the time of the murder. As his introduction in court shows, he has quite a personality, that is, four of them. He has Dissociative Identity Disorder and has three different alters normally. His fourth one will front when the other three cannot.

A sleazy politician who wants to become assemblyman of Kurain Village... for some reason or another.

Professor Archie Buff's child, a shut-in who prefers to speak via a remote-controlled drone called Sergeant "Sarge" Buff. She's a 12-year-old wheelchair-bound girl whose mother died in a fire six months before the events of the case.

Paul Atishon's 85-year-old neighbor who provides a sworn affidavit for Phoenix during the civil trial.

The royal family's head servant and Rayfa's personal aide. She appears once in a while to help Rayfa. She is really Amara Sigatar Khura'in in disguise. See this page for tropes regarding her true identity.

"I can't believe Sorin chose me, a simple house servant. He's my knight in shining armor, my prince... *sigh* Oh, my Sorin..."

A maid of the Sprocket household who was to be married to Sorin when she was accused of murder. Claims to have been nearly killed and gone back in time at the critical moment, only then to be arrested for her attacker's murder.

The current heir to the Sprocket Aviation business, a mechanic and Ellen's fiancé. He always carries around a large notebook with him, constantly writing events of the day in it.

"Disposing of anything that may harm the Sprocket family's reputation... ...is simply a part of my job."

Sorin's faithful butler, who works with the victim and the defendant. He was also previously a surgeon and the fiancé of his master's sister, Selena.