This page details the species of rhinoceros-like aliens that made Mars their primary outpost in the Solar system.

The Cabal in General 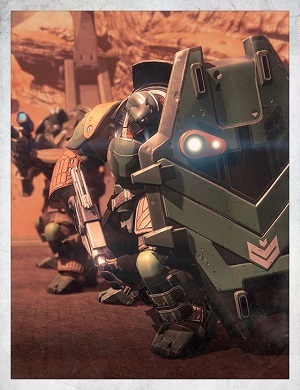 "I think you could follow a trail of shattered worlds all the way to their home."

A massive race of rhinoceros-like humanoids who invade the Solar system in the name of their extrasolar empire, with the bulk of their forces settled on Mars. They are at war with Humanity and the Vex on Mars, and with the Hive over the rings of Saturn. By Destiny 2, they have made their way to Earth itself. 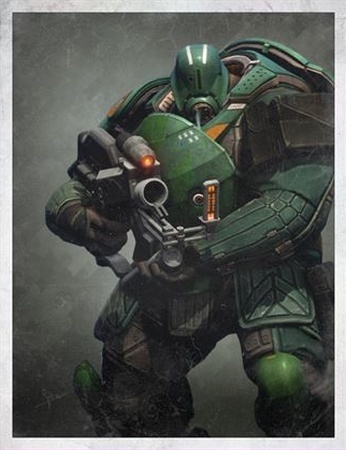 "Their only tactic seems to be 'slow advance.' The problem is they're really good at it."

The baseline troops for the Cabal. They wield Slug Rifles, and are capable of moving quickly with their jump jets. 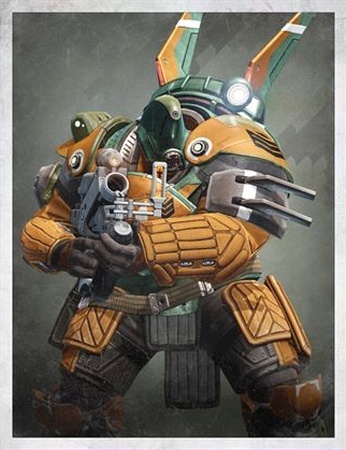 "They're not breaking. Why aren't they breaking?"

Cabal commanders, with better defenses. They normally use the Projection Rifle. 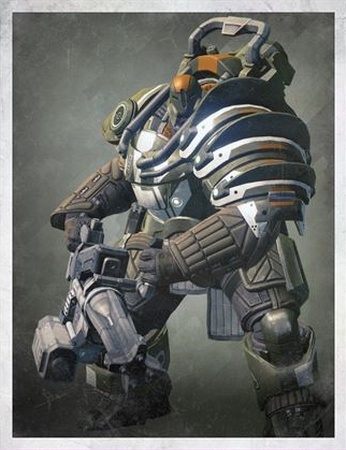 "Where a Colossus stands, many will fall."

Gigantic Cabal warriors, capable of bringing in a whole lot of firepower. 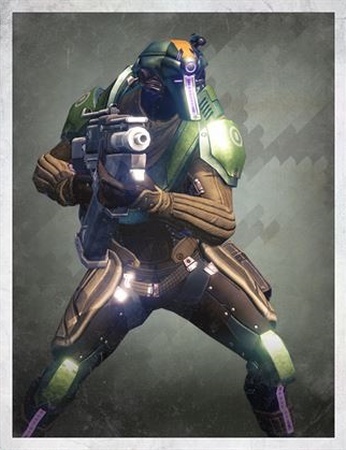 "There is no higher warfare than deception."

By far the smallest unit of the Cabal, roughly around the size of a human. They primarily serve as intelligence officers, skirmishers, pilots, and technical support. 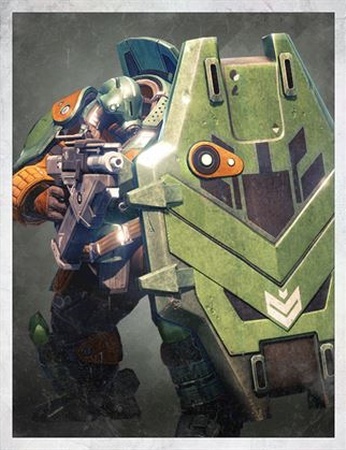 "Remember, they have to take a shot sometime." 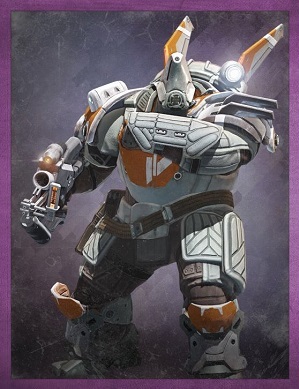 "Victory comes on the wings of death."

An officer in the Sand Eaters legion, Bracus Tho'ourg is the first Cabal commander fought by the Young Wolf on Mars during their quest to find the gate to the Black Garden.

An officer in the Sand Eaters legion, Bracus Tha'aum is encountered leading a recon mission into the Dust Palace. 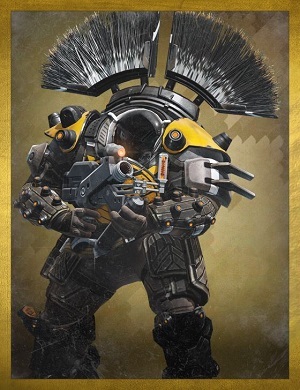 "If your enemy speaks with a blade, master the sword."

The commander of the Blind Legion, encountered by the player Guardian during the quest to charge Zydron's eye. 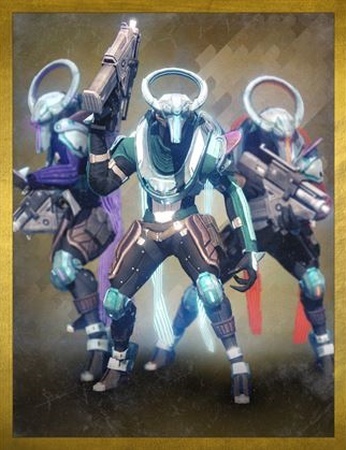 Three powerful Psions and the bosses of the Dust Palace strike. They're seeking access to a terminal that Rasputin had managed to deny the Cabal. 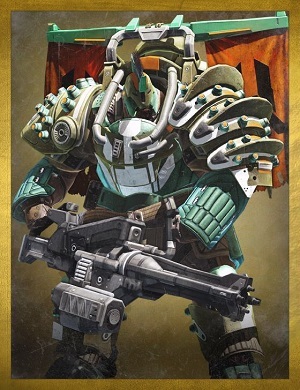 "The last sounds to reach their ears were the creak of tank tread and the battle-cry of Ta'aurc."

The leader of the Siege Dancers legion, and the boss of the Cerberus Vae III Strike, Ta'aurc oversees the occupation of the buried city of Freehold from his gigantic Land Tank, deploying his troops to secure the Iron Line against humans and Vex alike. 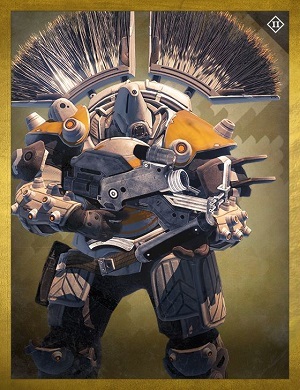 "In your tongue, it's something akin to 'less talk, more action'."

A former Cabal commander, as far as his counterparts on Mars are concerned. He and his loyal soldiers launched an invasion of the Reef in defiance of High Command, and were captured there by the Awoken and thrown into the Prison of Elders as a result. Now leading what is left of the so-called "Broken Legion", he challenges Guardians of any caliber to come and try to kill him. 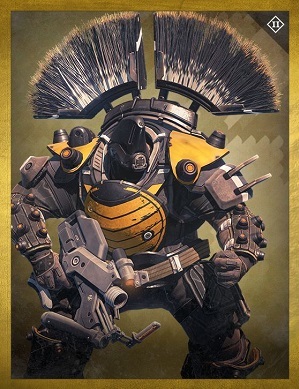 "Enter as a solider, survive on the crushed ambitions of lesser warriors."

One of the Cabal who followed Valus Trau'ug into the Reef and was imprisoned alongside him. To the Cabal command, his promotion to Val is completely void, but to his fellow prisoners, he's a commander who's worth his weight in gold. 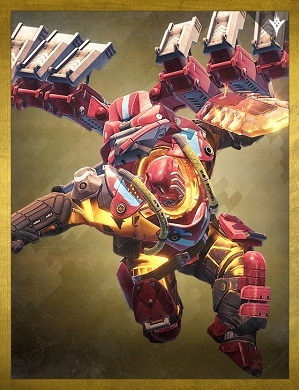 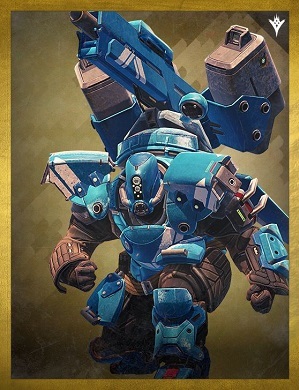 Two Cabal officers who launch a suicidal attack on Oryx's Dreadnaught to avenge their fallen commander. Mau'ual is red and engages hand-to-hand, Tlu'urn is blue and attacks from a distance. 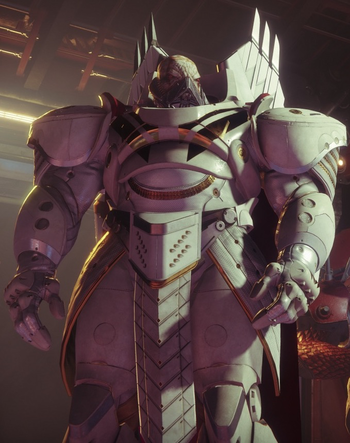 The commander of the Red Legion, the force that invades the City in Destiny 2 and the de-facto leader of the Cabal empire. Raised since he was young by the enigmatic Consul to believe the Cabal to be superior and the most deserving of the Traveler's power, he overthrew the previous emperor of the Cabal, Calus, through a military coup, sending the latter into exile. Now, he turns his attention to Earth, intending to prove the Traveler's choice wrong... 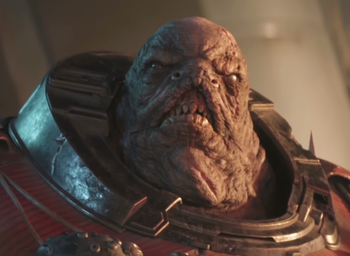 The mysterious advisor to Ghaul. Not much is known aside from the fact that he raised Ghaul from the time he was a runt and made him believe the Traveler's gift was meant to be given to the Cabal.

A Valus of the Red Legion who leads the assault on Mercury. A simulation of him is faced in the Infinite Forest, where he attempts to prevent the Guardians from recovering a map of the Infinite Forest by destroying it. Following the events of Curse of Osiris, a glitch in the system somehow recreates his simulation, requiring Guardians to put him down again in the "Tree of Probabilities" strike.
Kargen

A Psion leading an expedition into Nessus to harness Vex technology for the Red Legion. He is the boss of The Insight Terminus Strike. 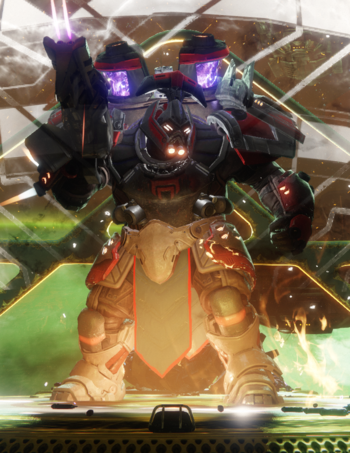 A Red Legion Val who became the new Dominus following the events of Destiny 2's main campaign. He is the boss of the "Spire of Stars" Raid Lair, where he attempts to steal control of the Leviathan from Emperor Calus.

Four Psion Flayers who take it upon themselves to exploit the Sundial to alter history so the Red Legion wins the Red War. 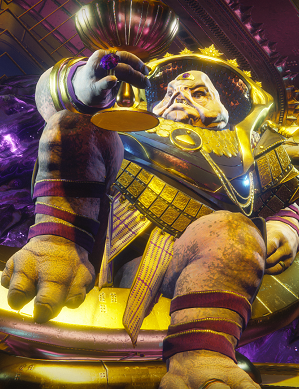 I say this to you, oh champion mine, and I say it from my heart: there are those who would bargain away their souls just to live a little longer. I am not them. Life must be worth living. Life must be lovely and delicious and enviably sweet! Nothing has ever lived that will not die, so what matters is how we use our time.

The ruler of the Cabal before Ghaul ursurped him, still alive, still plotting his return. In-character author of the Cabal Booklet. He once overthrew the ruling aristocracy that drove the Cabal like slaves for an eternal war machine, and enjoyed centuries of rule where the Cabal rose to glory and happiness, though at the same time started caving in to hedonistic pleasures. Ghaul caught his interest during a gladiator match, and so Calus took to making the albino a trusted warrior and officer in his army. Little did the emperor know that this was but a small scoop of the conspiracy to overthrow him.

After getting sent into exile aboard his planet-eating flagship, the Leviathan, Calus wallowed in despair, forced to seemingly travel forever until the ship stopped. It had stopped within nothingness, leaving Calus to bear witness to a great power. Such an experience rekindled his motivation, prompting Calus to a journey of his own leading to the acceptance that his philosophy was true and that he must take back his Empire. He'd take measures to ensure that the conspirators would die through employing other alien races; while some assinations were successful, they were unable to off all of them.

Following the events of the Red War in Destiny 2, Calus enters the Sol system aboard the Leviathan, inviting the Guardians to test their mettle. He was also the main focus of Season of Opulence.

Another Frame who relays messages from Calus, though the Emperor sometimes directly takes over to directly communicate with the player Guardian. Werner 99-40 lands on Nessus during Penumbra with a lavish imperial barge, selling the same items as Benedict 99-40 on top of offering droves of treasure chests on board of the barge.

The Shadows of Calus

"Being a Loyalist costs you. Being a Shadow costs dearly.”

A team of assassins, pilots, and soldiers that Calus assembled in his exile to exact his revenge on the traitors who deposed him. The tales of six of those Shadows are told through the armor sets of the raids aboard the Leviathan; the Clipse warrior Rull; the Sindu pilot Jarus; the Arkborn known as the Fulminator; Cabal Valus Nohr; the Fallen Baron of Shanks, Sekris; and the Psion Feltroc.

Should a player complete the Prestige version of the Leviathan raids, their armor lore entries indicate that the Emperor is planning to recruit you into their ranks...

A Sindu and a proud pilot, Jarus couldn't resist Calus's offer to pilot a starship that was beautiful beyond compare. He was the helmsman of the Leviathan.

Rull, the Gun of Kaga-Clipse

A hardened Clipse warrior, Rull was invited aboard the Leviathan along with many other Clipse to partake in Calus's trials. Only he came out of it alive, after which he accepted to serve under the former Cabal emperor.

A being of pure Arc energy, the Arkborn known as the Fulminator sought to go beyond her species' limitations, something that Calus offered by building a specialized armor for her to retain her coherence outside of her homeworld.

Calus's senior adviser and a legendary Phalanx, Nohr was the backbone of the Shadows, keeping them in line and offering Calus her strategic wisdom.

Once a renowned Fallen warrior-priest, Sekris was granted power beyond his scope by Calus, to which he agreed to serve the emperor and disappeared from Fallen history.

The Psion Feltroc was among the supporters of Calus's Psion emancipation project, and gladly lent her sniping skills to the Shadows' cause.
Gahlran 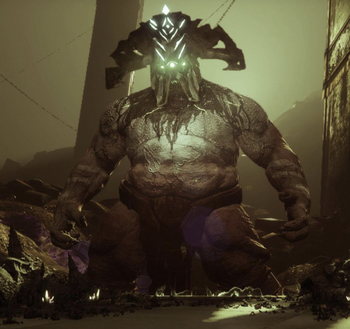 A super-soldier created by Calus to control an Ascendant Hive device known as the Crown of Sorrow to command a legion of Hive under his name. However, Gahlran has been driven to madness by Savathûn and hides in the deepest parts of the Leviathan's treasure vault, growing a vast amount of Hive with the Crown. 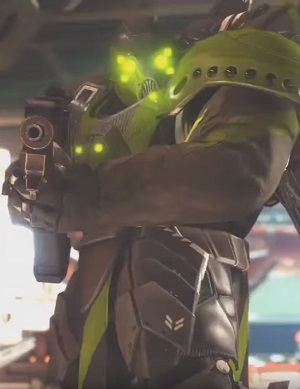 "If I were you, roach, I would think hard before wasting the time of the only real weapons supplier you've got."

A supplier for the Red Legion and the boss of "The Arms Dealer" Strike. None too happy that the Red Legion deposed his biggest customer, Emperor Calus, but able to exploit the fact that he's practically the Legion's only reliable weapons provider.

The personal bodyguard of Emperor Calus, who helped him overthrow the Praetorate in his original coup, and who in turn helped lead the Midnight Coup against Calus for the Consul and Ghaul. As such, he was marked as one of the traitors that Calus wanted dead.

A Psion "freeborn" who rebuilt the mysterious, clairvoyant OXA Machine, and was recruited by Calus to use her mind to help the Cabal. When he told her of his plans to free all of the Psions within the Empire from slavery, Oztot feared for her high position as a freeborn and helped the conspiracy betray him.

The events coordinator and entertainer of the Cabal Empire, both under Calus and later under Ghaul. His events served to make the people of the Empire happy with vast celebrations and resplendent holidays, and under Ghaul, those same events kept them under the control of the rising Dominus.

The highest military commander of the Cabal Empire, chosen by Calus to lead after he overthrew the Praetorate. However, Umun'Arath disagreed with Calus' hedonistic policies, viewing the military defense of the Empire as more important than anything else, and joined the conspirators in overthrowing him.

The confidante of Calus, a lowly merchant of tea whom Calus would often speak to each day to help unwind and remove his burdens. Iska'al would give these private conversations to the conspirators, becoming known as the "Imperial Informant."

Calus' daughter, who became a skilled star pilot and close friend to Umun'Arath, and shared in the Evocate-General's beliefs in the dangers on the frontiers. She would betray her father, believing that he was becoming weak, and destroyed the one tool he needed to prevent the coup: a mysterious "bone"....