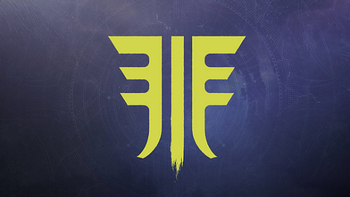 A new Fallen faction debuting in the Forsaken expansion. Recruited by Prince Uldren after breaking them out of the Prison of Elders, they are Eliksni that have rejected both the Traveler and the Fallen culture built around it, instead turning to much darker powers for their strength. To reflect this, they have moved away from the typical Space Pirate theme of the other Fallen factions and more resemble a religious cult.

The Scorned Barons in General 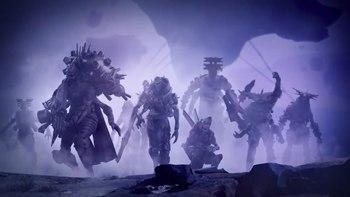 From left to right: Yaviks, Elykris, Araskes, Kaniks, Pirrha, Fikrul, Hiraks, and Reksis Vahn
The leaders and founders of the Scorn. Once just lowly Dregs from the House of Exile, these Fallen used their tenacity, cleverness, and ruthlessness to survive, eventually falling under the tutelage of the heretical Archon Priest known as Fikrul. Growing in power from stealing Ether caches, they gained a massive following and began to pillage and terrorize the post-Taken War Reef, but were eventually put away in the Prison of Elders by Cayde-6 and Petra Venj following the Red War. With the events of Forsaken, they've broken out of the Prison and are all too happy to return to plundering the sector.
Fikrul 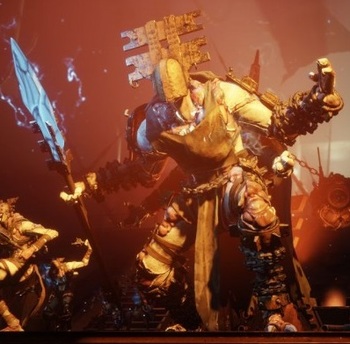 "I do not fear the dead! I control death!"

"I don't like this one, not one bit. He's a believer- to the core. And they're the toughest to put down." -Cayde-6

The former Archon Priest of Kaliks Prime, Fikrul is the Archon of the Scorn, leader of the Scorned Barons, and second-in-command to Prince Uldren. After being exiled from the House of Wolves for speaking out against the Great Machine and the role of Servitors, he fell in with a small band of outcast Dregs that would eventually grow into the Barons under his guidance. The Praxic Order marks him as an outlier with the designation of VIP #4503. 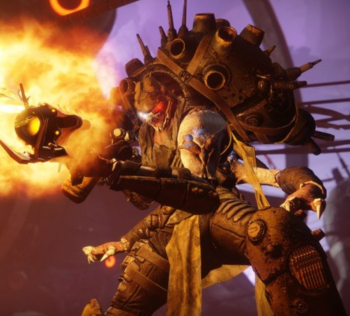 "All our weapons! To Fikrul and the Awoken King!"
The Scorn's weapons master and Fikrul's second-in-command, Elykris raids ships to add any weapons she can find to her hoard.
Hiraks 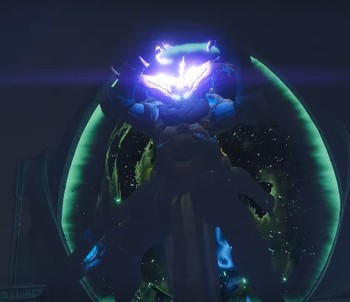 "<Unintelligible Hive speech>"
"Never heard of the Mindbender? Surprise. That's just how he likes it." -Cayde-6
Once a particularly weak Dreg, Hiraks fell into the abyss of the Hellmouth. When he re-emerged, he had obtained dark powers similar to the Hive.
Advertisement:
Araskes 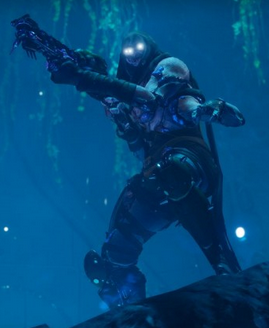 "Oh no, it found our factory of delights~! If only we'd planned for this~!"
"Whatever you do, don't trust anything she touches. I promise you, it'll bite." -Cayde-6
A smooth talker and master manipulator, Araskes is the one sent in on the rare occasions the Barons make deals. She is their bard and their envoy- and their first strike.
Reksis Vahn 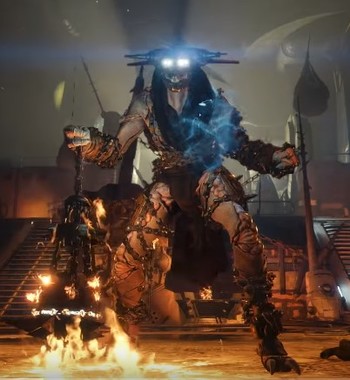 "KILL THEM ALL!!!"
"He likes it. Too much." -Cayde-6
A particularly cruel executioner with a penchant for torture, Reksis Vahn supplies the Barons and Scorn with the Ether they need to live- for a very bloody price, of course.
Kaniks 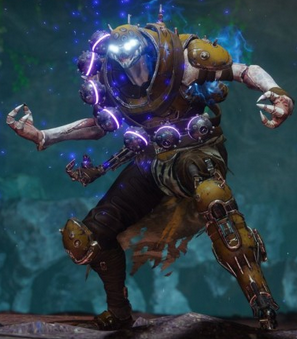 "Cayde MURDERED ELIKSNI! Think you different!? Think you HERO!? JOKE AT YOU!!!"
"Look, we all like blowing stuff up, but there's a line. A line this guy crossed a long time ago." -Cayde-6
An insane thrill-seeker who lives for his next explosion, Kaniks is willing to level everything in sight to destroy his target.
Pirrha 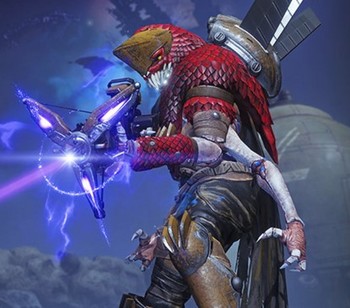 "Go on, take out your Ghost. I need the target practice."
"Trust me, kids: Keep your eyes open, head down... and your Ghost safe." -Cayde-6
A sniper and assassin-for-hire who watches over his fellow Barons from the shadows. Many adventurers and Guardians have challenged him to try and claim his fabled treasure stash, only to be met with a bullet between the eyes.
Yaviks 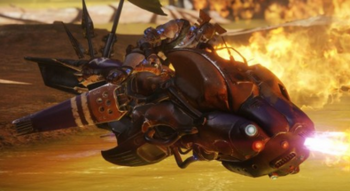 "WHOO-HOOO!"
"I'd pay good money to watch a race between Marcus and this one." -Cayde-6
Every attack from the Barons both begins and ends with the Rider. With an army of loyal riders and their custom Pikes, she seeks to reduce the Reef to a toxic wasteland.

Locus of Communion
A mysterious Ravager resembling Reksis Vahn. It was the initial Sole Survivor of a wildly unethical attempt by Emperor Calus and Katabasis to commune with the Darkness aboard a ship called the Glykon Volatus.