This page details the Guardians that don't make an appearance in the games proper, but are nonetheless important to the lore.

Many Guardians have perished over the centuries while combating the Darkness, leaving behind artifacts, armor, weapons, and knowledge waiting to utilized by those who follow in their wake. And in some cases, more than just their personal effects may linger...Beware of unmarked spoilers.

An order of early Guardians who became legendary for their exploits in defending the City. They gave their lives to seal away SIVA, a Golden Age technology which grew beyond control, with Saladin Forge and Efriedeet being the only known survivors. Their memory is honored with the Iron Banner limited time event in the Crucible.

A male Exo Warlock and master Voidwalker who sought to bring peace to humanity. Felwinter's Peak, the former headquarters and memorial to the Iron Lords, was his headquarters during his time as a Warlord. Unbeknownst to all, there was a great deal more to Felwinter than there seemed... 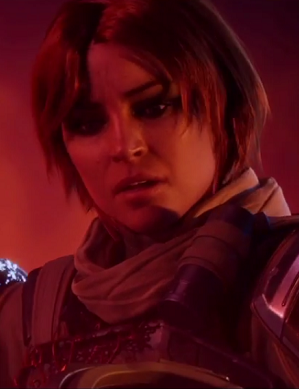 A female Titan known for her beauty and lack of concern for her own safety. She was a close friend of Lord Saladin.

A member of the Iron Lords. They lend their name to The Fool's Remedy, an Iron Banner sidearm in the second game.

A female Hunter and the Field Commander of the Iron Lords.

A male Titan who was the founder and first among equals of the Iron Lords.

A Warlock who composed the Iron Song.

A Titan who sought to make strong wall to defend humanity.

A Warlock who provided the drive to find SIVA.

The ill-fated comrades of Eris Morn who were gathered together by Eriana-3 following the failed attempt to recapture the Moon with one purpose: infiltrate the Hive's warrens and assassinate the Hive Prince Crota.

"He killed my friends face to face, one by one, and he relished it. In the name of all those lost I devote myself to his utter destruction."

A Warlock and survivor of the disastrous attempt to retake the Moon from the Hive, Eriana escaped with a deeply rooted hunger for vengeance. The first to learn of Crota's name and of the dead universe he calls home, she was the leader of Eris's ill-fated fireteam.Her Ghost was Jax. 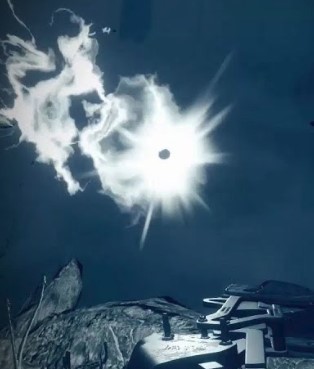 Toland's appearance in the Ascendant Realm
"I am so terribly curious to know."

Once an esteemed Warlock, Toland somehow communed with the Darkness, causing him to completely lose his mind and create the Bad Juju rifle. Being an expert on the Hive, he was recruited by Eriana-3 and Eris Morn for their ill-fated assault on the Hellmouth, and presumably died there.His Ghost was Guren.

"My knives are eager for another dance."

A Hunter who was recruited into Eriana-3's fireteam. Her Ghost was Yuka.

The lone Titan Eriana-3 and Eris Morn recruited into their fireteam. Tarlowe was a member of the Pilgrim's Guard, the oldest known Titan Order which is dedicated to protecting refugees travelling to the Last City.His Ghost was Razor.

A team of three Guardians who infiltrated the Vault of Glass on Venus, at which point things got... strange.

"No one can open the Vault alone. I opened the Vault. There was no one with me but I was not alone."

A Titan and the first Guardian to enter the Vault of Glass. Maybe. He destroyed his own mind trying to fight the Vex alone, and ultimately disappeared. His legacy, however, still lingers.

"The black gloves are tough, menacing, and - I swear - make you unbeatable at Go."

A Hunter who created Super Good Advice, and became terrified of being alone after what happened to Kabr. A collection of his strange ramblings was assembled and dubbed "The Pahanin Errata".

A Warlock who became trapped within the Vault of Glass after a disastrous expedition. He took the opportunity to tap into the Vex network and learn as much as he could about them, experiencing a near-infinite number of their simulated timelines. The Vex attempted to erase his existence, but his name lived on in the periphery of history (like written notes in the margins of a textbook, or the name of a weapon).

Though Praedyth has ceased to exist in reality, he himself remains in Vex captivity. Initially used to broadcast a distress signal to the Guardians when the Taken were invading the Vault, he continues to be trapped for reasons unknown, a predicament that has led him to dig up various revelations through the manner in which the Vex perceive time. 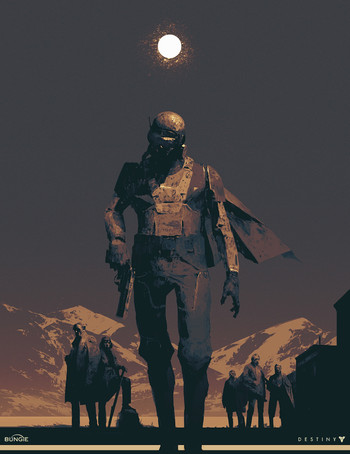 A lone Hunter who wandered into the town of Palamon and changed it forever. 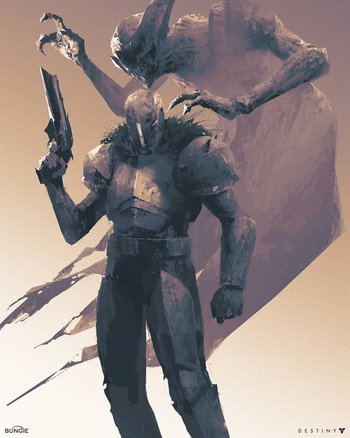 Dredgen Yor and Xyor, the Unwed
"Nothing dies like hope. I cherish it."

A once-heroic Titan who gave in to pride and temptation and was corrupted by the Darkness as a result.

His Ghost's name was Vincent.

"Yes, we've achieved the objective. And the next. And the... were we supposed to stop attacking?"

A powerful Titan with a particular enthusiasm for melee combat. Wei Ning participated in the ill-fated battle to retake the Moon from the Hive, and was personally slain by Crota for it. Her death drove her close friend Eriana-3 into a revenge-fueled bloodlust.

A Thanatonaut who killed himself regularly to record the experience. He has encountered the Black Garden in a vision, some time before your Guardian goes there in person.

A famed Warlock who commanded a fireteam of six Guardians. While researching Vex weaponry on Venus, she and her entire fireteam died under mysterious circumstances.

One of the earliest Guardians, if not the very first, Azzir was one of the founders of a group of Risen, the earliest known name for the warriors resurrected by Ghosts to wield the Traveler's Light. Azzir and others decided that rather than have their powers used by the early factions forming under the Traveler, before the Last City had even gained that name, they ended that internal conflict, and ensured that future Risen in the City would use their powers as defenders and protectors, and not as enforcers or oppressors in the Last City. He would then go on to fight the Fallen and the Hive, though his ultimate fate is unknown.

"Listen! I am a Hunter, like you, and I made this armlet to help you in your hunts. Will you help me in mine?"

A Hunter with memories of her original, pre-Guardian life. She is searching for her wife from her original lifetime and created a set of armlets to aide her in that end.

"You can't outrun the sunrise"

A Sunbreaker Titan who fought side by side with Lord Shaxx at the Battle of Twilight Gap. Along with being a great warrior, she was also a master smith, responsible for forging at least two exotic items herself.