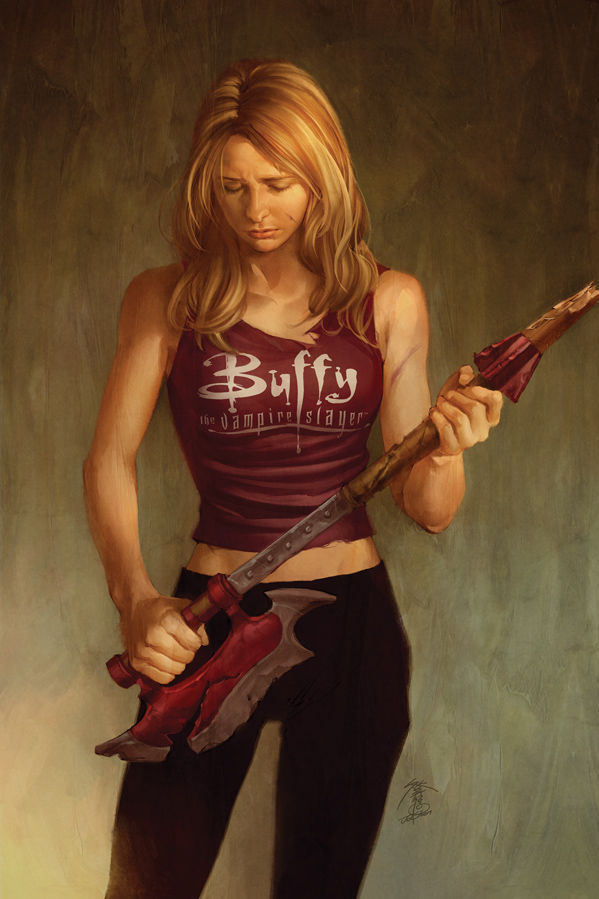 The thing with changing the world is, once you do, the world's all different.

This is a page for the Dark Horse Comics series based on Buffy the Vampire Slayer, particularly the later "seasons" of the franchise turned into a Comic Book Continuation. The following examples may contain major spoilers for anyone who hasn't finished watching the television series, or who hasn't read the comics yet. Consider yourself forewarned. VERY forewarned.