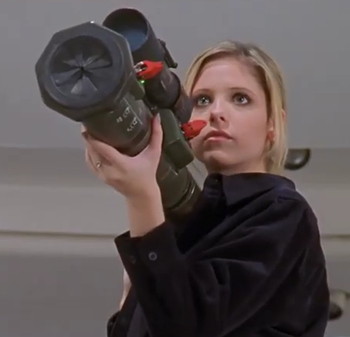 Any show as action-packed and built on strong Character Development as Buffy the Vampire Slayer is bound to feature some truly cathartic moments of awesome.

Via, concursus, tempus, spatium, audi me ut imperio. Screw it! Mighty forces, I suck at Latin, OK? But that's not the issue. I'm the one in charge, and I'm telling you open that portal, now!