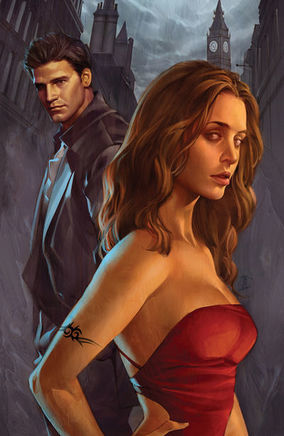 Angel & Faith is a comic book continuation of Buffy the Vampire Slayer that has been running since 2011 (concurrently with the Buffy comics) and follows ensouled vampire Angel and rebel Slayer with a cause Faith as they look to not only redeem themselves for past actions, but also to keep others from making the same mistakes. Much of the series takes place in London at Faith's estate, formerly the home of Rupert Giles, which Faith inherited following the events of Season Eight.