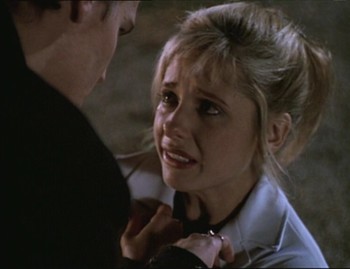 As a show about the pains of growing up, seen through the filter of a fight against forces of Evil and Darkness on an everyday basis, Buffy the Vampire Slayer naturally has no shortage of shattering moments. This is pretty much the norm for Joss Whedon. The Scooby Gang suffers through a lot in their time at Sunnydale, and while they keep on fighting through it all, that doesn't mean that the sad moments aren't any less powerful.