SPOILER ALERT: Due to gaming content leaks and walkthroughs being passed around gamers internationally for over two years, plot information are bound to be spoiled with a good portion being unmarked. Viewer discretion is advised to those newly joined in from the animation adaption. If readers do not want to be full on spoiled, DO NOT LIFT THOSE SPOILER TAGS!Editing Note: For the convenience of editing, characters will continue to be referred by their English naming. Aside from listed alternate name readings, all character names and actors' names are listed in the format of given name first, surname last. 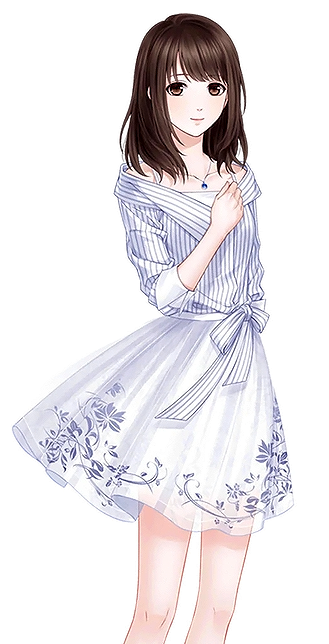 She is the lead producer for a production company that used to be run by her father before she took over after his death. She has a mysterious past that she can't fully remember; details would slowly come to light as the story progresses, revealing her relations involving a mysterious organization called the “Black Swan.”

Evolver who resides in the hills far out of Loveland City. He was featured as Miracle Finder's first episode interviewee for being the first Evolver The Heroine's father had encountered, and became close friends with The Heroine's father. The Heroine reached out to Mr. Chen to make a revisit episode on Chapter 11, and was implied to have known Victor before meeting The Heroine for the first time.

The largest Anti-Evolution organization that emerged in the Season 2 timeline.
Joker

Black Queen
One of the main antagonists of the story. The Black Queen came from one of the worst results of the future Heroine, where her love-interests has either disappeared from her life, or has betrayed her good wills; with the rest of humanity not appreciating her actions as well. This heroine has crossed the Despair Event Horizon to the point where she opts to escape from reality, and sets up a time loop specially for her past self to relive the best parts of her life over and over again, all the while attempts to destroy the rest of humanity.