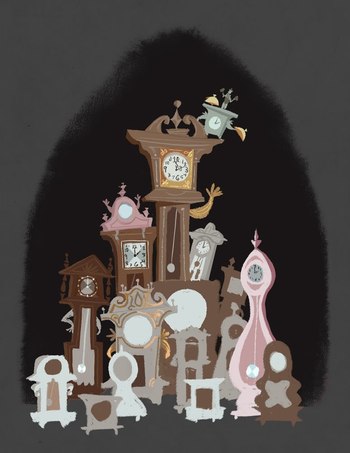 I wonder what time it is...
Advertisement:

This index is for tropes having to do with all sorts of timepieces. Clocks, watches, even sundials or hourglasses. Tropes about clockworks also go here.