The Characters of Tokusou Sentai Dekaranger 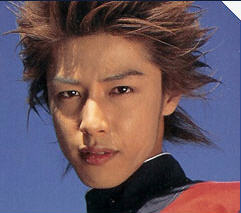 Newcomer of the Earth branch of SPD. Ban is a hyperactive, Hot-Blooded officer calling himself the 'fireball' of the team, which means he'd be the guy who'll charge headlong into battle and leave the thinking for later, which gets him at odds with Hoji. Despite his brashness, he's still a good guy at heart. Later gets promoted into the Fire Squad. Prefers fighting with dual guns. 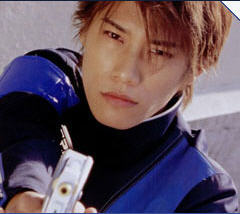 A cold, calculating cop who strives for perfection in most of things. He didn't take the addition of Ban very well since he replaced an officer he respected, but he soon came to warm up with him. Known for his sniping skill, Hoji is a reliable officer, even if he guns down anyone not a 'pro', like Ban or Umeko. He also has a nasty habit of saying Gratuitous English A LOT. 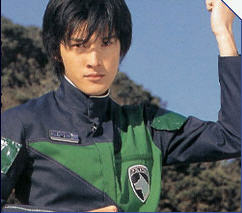 An odd officer. Sen likes to do a headstand pose, which helps him think. In this position, deciphering mysteries and solving riddles comes naturally to him, making him one of the greatest brains in the team. He's usually calm, polite and overall a Nice Guy. Don't do atrocious things in front of him, however, it never ends well. 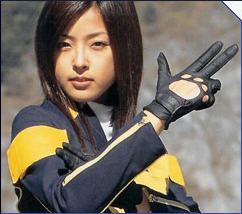 Jasmine is an ESPer, which means she possesses psychic powers which she can use to read people's minds or trace past events from an item. Tall, beautiful and playful at times, she actually hides a painful past of her being unable to control her Psychic Powers, which made her read how people were annoyed with her and this made her attempt to get herself killed by an Alienizer, until Doggie Kruger saved her. She's really good friends with Umeko. Fans love her and adore her beauty and hotness. 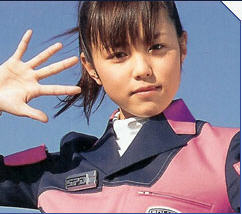 Second newest member of the SPD (the newest one is Ban). Umeko is a laid-back, ditzy girl who likes to spend her time bathing with her toy-ducks. Rather impulsive, she likes declaring herself the leader of the team (nobody takes it seriously). She's good friends with Jasmine, and as the finale shows, she ends up falling for Sen and is dating him. 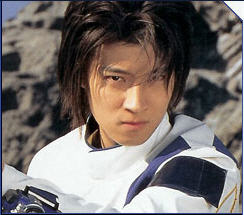 A member of the Tokkyou special forces branch of SPD, Tekkan is a consummate professional originally sent to Earth to deal with the Hell Siblings. Although originally seeing the Dekarangers as inferior due to Tokkyou teaching that emotions only compromised efficiency, he changed his tune when Ban showed him just how much they could accomplish. 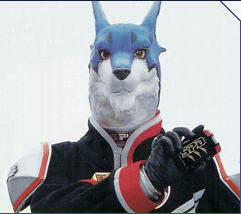 The commander of the SPD branch on Earth. During his early days, he was absolutely feared as a Dekaranger due to his swordplay style being the strongest in the universe. 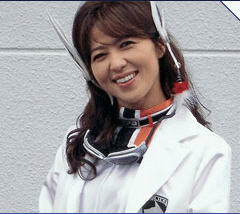 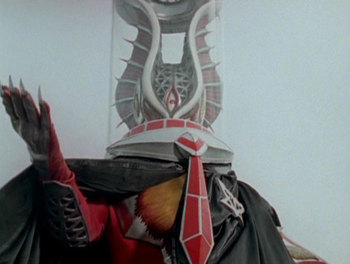 "Everyone has the same ambition as me!"

The bat-like arms dealer from the planet Rain and the main antagonist of the series. 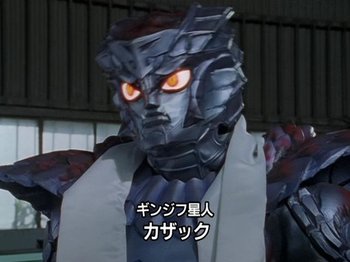 "If you screw over with this one, I'll rip those wings of yours"
A Gijinfuan (a race of shapeshifting snake-like aliens) who planned on resurrecting the Big Bad of Abaranger: Wicked Life God Dezumozorya