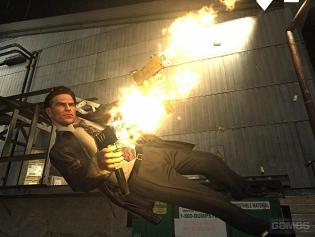 Quite simply, a slow motion shot of a person throwing themselves to one side, firing as they go. Often with two guns. In real life, firing while jumping not only reduces accuracy, but is a serious waste of energy. And that's if you don't hurt your shoulder when you land. In the media, it either looks impressive or looks overdone.