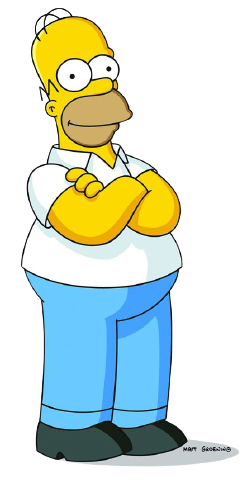 "Lord help me, I'm just not that bright."
Debut: "Good Night"
Debut on The Simpsons: "Simpsons Roasting on an Open Fire"

The father, the dope, and more or less the main character of the show. Homer is overweight, almost completely bald, and rather selfish, short-tempered and stupid, but is a good person at heart and has a bright outlook on life. Voiced by Dan Castellaneta.

open/close all folders
A-E
intelligence]] that one episode ("Homer's Enemy") flat-out stated that he's not this.
F-K
Advertisement:
L-Q
R-Z