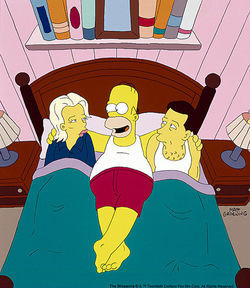 On a day trip at the lake, Homer winds up at the vacation home of Kim Basinger and Alec Baldwin, and they let him be their assistant if he keeps their location a secret.