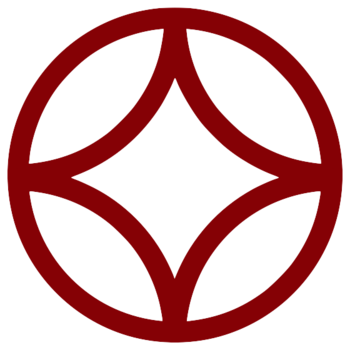 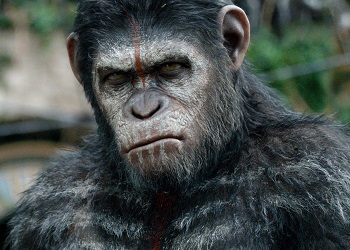 Biological son of the late Alpha and the late Bright Eyes, wild chimpanzees from the jungles of the Congo. Bright Eyes became a test subject for the drug ALZ-112, which greatly stimulated Caesar's mental development in utero. After the death of his mother, Caesar became an adoptive son to Will Rodman and Caroline Aranha. Later in life, Caesar leads the captive apes to rebellion, and rules as the chief of their newly formed colony. He becomes the husband of fellow San Bruno Primate Shelter inmate Cornelia and the father of two sons, Blue Eyes and Cornelius. 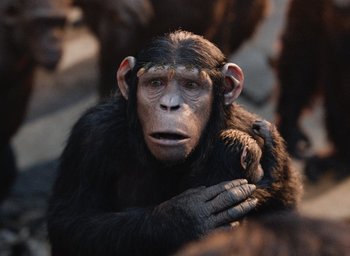 An altered chimpanzee, the wife of Caesar and queen of the apes. She was a fellow inmate of Rocket, Maurice and Buck at the San Bruno Primate Shelter. She meets Caesar during his stay at the shelter and forms a romantic bond with him. After Caesar's rise of power, she becomes his wife and bears him two sons, an heir, Blue Eyes and an infant son. 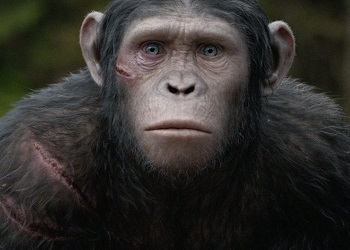 A teenage chimp and the eldest son of Caesar and Cornelia. 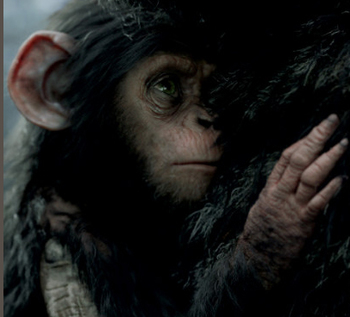 The youngest son of Caesar and Cornelia.

Portrayed By: Terry Notary
Appears in: Rise of the Planet of the Apes

An altered female chimpanzee and mother of Caesar. 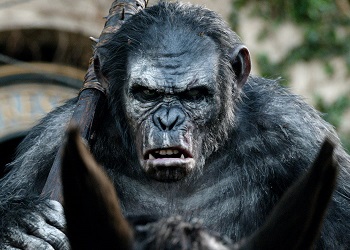 An altered bonobo with a strong hatred for humans, stemming from years of neglect and abuse. He had a scar over his blind eye and looks more feral than the other apes held at Gen-Sys Laboratories. He was initially a staunch ally of Caesar, but later became disillusioned with him after seeing his sympathy and compassion towards humans. 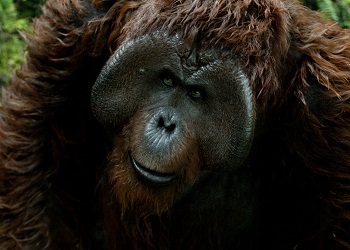 An altered orangutan and a former circus ape who resided at the San Bruno Primate Shelter with Cornelia, Rocket and Buck. He watched over Caesar and discovered his intelligence, hence learning about his ability to communicate with Sign Language. Seeing Caesar's potential, Maurice became Caesar's best and most trusted friend. During the Ape Rebellion, Maurice served as the second of Caesar's lieutenants, the first being Rocket. Over the next ten years, he remains loyal to Caesar and serves as the colony's seer and as a teacher to new generations of apes. 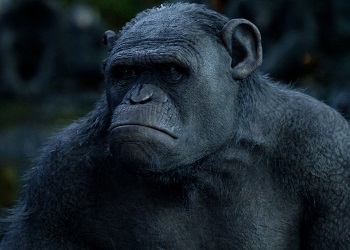 An altered chimpanzee who was the Alpha at the San Bruno Primate Shelter before and during Caesar's time at the shelter. He was a typical bully until Caesar outsmarted him and took his place as Alpha. Settling their differences aside, the two became the most unlikeliest of allies. During the Ape Rebellion, Caesar tasks Rocket as one of his lead lieutenants. After ten years, the two are still best friends and Rocket is still one of Caesar's closest companions. 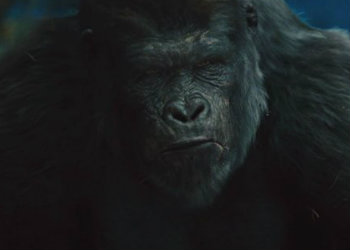 Played by: Richard Ridings
Appears in: Rise of the Planet of the Apes

An extremely powerful gorilla housed in a specially-built cage at the San Bruno Primate Shelter. He was the only ape never harassed by Dodge Landon. He was bad tempered, strong and brave, and is introduced banging his cage, trying to get out. 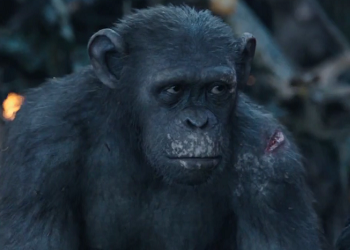 "Caesar wouldn't want this."
Portrayed By: Doc Shaw
Appears in: Dawn of the Planet of the Apes

Another teen chimp, best friend of Blue Eyes, and son of Rocket.

Lake
Portrayed by: Sara Canning
Appears in: War for the Planet of the Apes

The Love Interest of Blue Eyes. 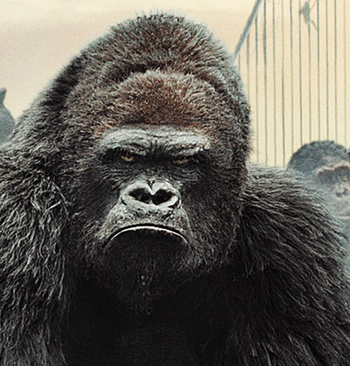 A huge, imposing gorilla loyal to Caesar. Leader of the Gorilla Guardians who guard the gates of the ape's home.

Portrayed By: Aleks Paunovic
Appears in: War for the Planet of the Apes

An albino gorilla in Caesar's tribe.

Portrayed by: Timothy Webber
Appears in: War for the Planet of the Apes

An orangutan who is an elder in Caesar's tribe. 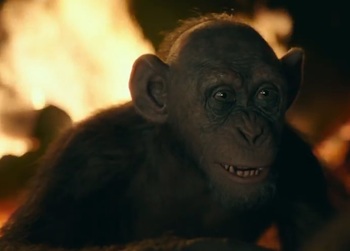 Portrayed By: Steve Zahn
Appears in: War for the Planet of the Apes
"Human get sick. Ape get smart. Then human kill ape. BUT NOT ME! I run!"

A common chimpanzee who lived in a zoo prior to the Simian Flu outbreak. When the human backlash against apes began, he fled to the mountains to hide. 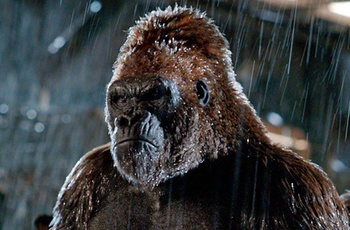 Portrayed By: Ty Olsson
Appears in: War for the Planet of the Apes

A gorilla who supported Koba's mutiny against Caesar. After Koba's defeat, he joins the human forces fighting Caesar's apes.

Alternative Title(s): Rise Of The Planet Of The Apes Apes