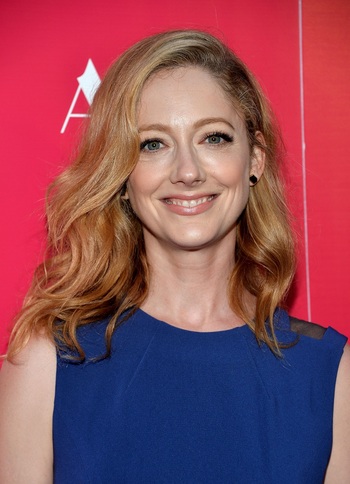 Judy Greer (born Judith Therese Evans; July 20, 1975 in Detroit, Michigan) is an American actress with an extensive career in film and television.

Her eclectic body of work can best be summed up by the title of her autobiography I Don't Know What You Know Me From: Confessions of a Co-Star.