A top student of Assault Side, who, for some reason, demoted himself to the more rear-line Inquest Side. When sexually aroused, he enters a state called "Hysteria Savant Syndrome" (HSS), also known as "Hysteria Mode". 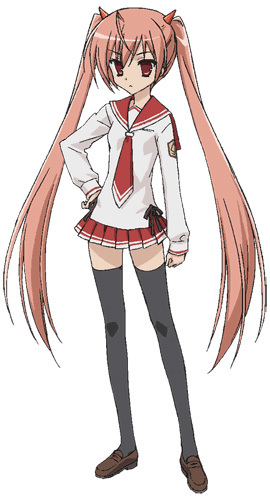 A diminutive top student of Butei High's prestigious Assault Side. Looking for a fitting partner, her attention falls on Kinji, whom she quickly declares her "slave". She is also the great-granddaughter of the most powerful and intelligent detective in history, Sherlock Holmes.

Kinji's childhood friend and a Miko of the Hotogi Shrine in Aomori Prefecture. 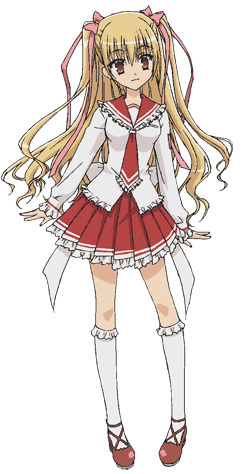 A ditzy, air-headed Butei High student (or that's what she'd have you believe) and a reliable source of information. Great-granddaughter of the legendary thief Arsène Lupin.

Other students and teachers

Kinji's best friend from the Logi Side.

Another of Kinji's friends and classmate in the Assault Side.

A second-year from the Connect Side who serves as the voice behind her schoolmates' intercom when on the field.

Homeroom teacher of Class 2-A and instructor of Inquest Side.

Homeroom teacher of Class 2-B and instructor of Dagula Side.

A scientist teacher working for the Ambulance side, as well as the housekeeper of the Kōmei mansion.

A mysterious silver-haired French girl who specializes in ice-elemental combat. She's a member of Daio, the "student faction" of I-U.

Number 2 of I-U, he's described as an immortal monster by Jeanne.

An Egyptian girl specialized in curses, golems, and the mental manipulation of all sorts of objects. She seeks to become I.U.'s leader by using Aria as a bargain chip against the "Professor". She's a member of Ignatis, the "belligerent faction" of I-U.

An expert martial artist, weapon user and pilot from Hong-Kong who attacks Kinji and Aria during the "Waterbomb Festival" after the downfall of I-U, and then attacks Kinji and Reki during the trip in Kyoto. She's in an organisation called Lan Bang and seeks to recruit all three of them, whether they want it or not. 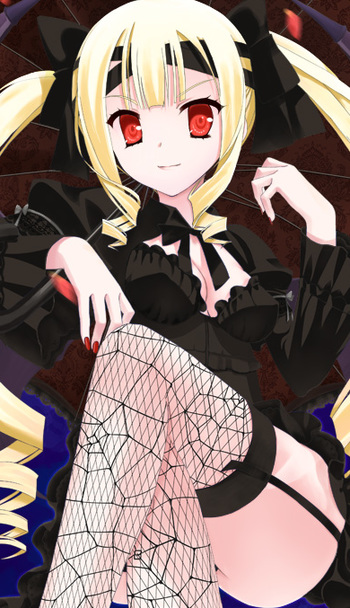 Vlad Dracula's daughter, who shows up during the Bandire in volume 8. She has continued her father's research about the Irokane and is just as immortal as he is, making her quite a fearsome opponent.

The leader of I-U, who managed to appropriate many of the powers of its members. 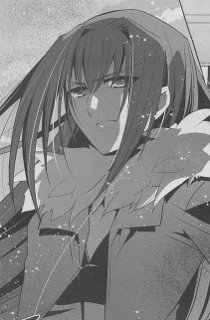 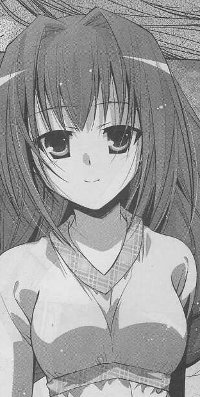 Kinji's older brother who died at sea in an incident involving the Butei Killer. 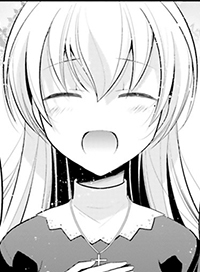 An 18 year old, Japano-Italian girl who works for the Vatican and thus has a deep hatred for witches and demons, such as her archenemy Hilda Dracula. She joins the "Deen" alliance and becomes Kinji's ally during the Bandire, being friends with his "big sister" Kana. 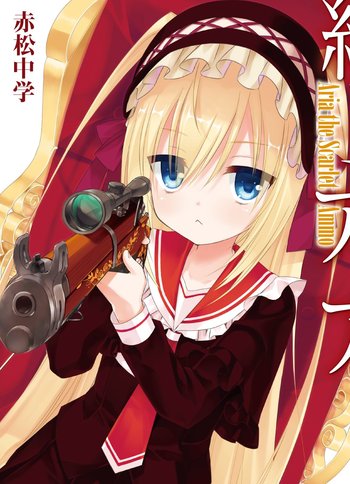 She is Aria's cousin, and just like her, her ancestor is Sherlock Holmes.
Kanae Kanzaki
Voiced by: Sayaka Ohara (Japanese) and Stephanie Young (English)

Aria's mother currently spending an absurdly long 862 years in prison for charges of being the "Butei Killer".