Characters / Star Wars  Commission for the Preservation of the New Order

All spoilers regarding the Skywalker Saga, The Clone Wars, and Rebels are unmarked. Examples relating to Disney's EU and the new movies can be spoiler-tagged if deemed necessary.

open/close all folders
Advertisement:
The Commission for the Preservation of the New Order

Born out of the Commission for the Protection of the Republic, COMPNOR is a Imperial political and intelligence agency responsible for spreading Imperial propaganda and monitoring Imperial citizens and the military for any signs of treason and rebellion. After the death of Emperor Palpatine, it was reorganized into the Office of Imperial Promotion, Galactic Truth, and Fact Correction.

The director of the Commission for the Preservation of the New Order, or COMPNOR, which encompasses many of the Empire's intelligence and internal security services under its umbrella leadership.

One of the many intelligence agencies under the umbrella of COMPNOR, the Imperial Security Bureau was larger than its rival agency Imperial Intelligence. Additionally, the Advanced Weapons Research Division falls under their control. 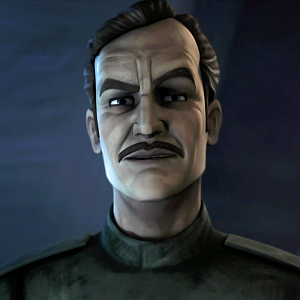 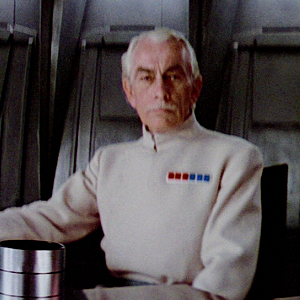 Portrayed by: Robert Clarke (A New Hope)
Voiced by: Tom Kane
Appearances: Age of Republic | The Clone Wars | Dark Disciple | Thrawn | Tarkin | Rebels | A New Hope | Life Debt note posthumous holo cameo only
"Of all the Jedi, why did I have to end up with Skywalker?"

A native of Coruscant, Yularen served as Anakin Skywalker's second-in-command of his fleet and the admiral of the Republic cruiser Resolute during the Clone Wars. He later became an intelligence officer of the Empire, at first serving as liaison between the ISB and Naval Intelligence before being promoted to Deputy Director of Military Intelligence, although he was eventually transferred back to the ISB. He was stationed aboard the first Death Star. 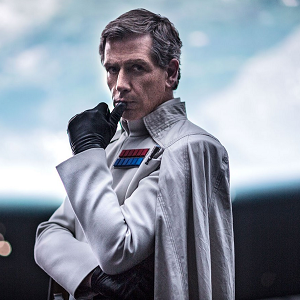 "The power we are dealing with here is immeasurable."

Portrayed by: Ben Mendelsohn
Appearances: Catalyst | The Voice of the Empire | Princess of Alderaan | Rebelsnote Mentioned only | Thrawn: Treason | Rogue One | From a Certain Point of View
"I delivered the weapon the Emperor requested. I deserve an audience to make sure that he understands its remarkable... potential."

The Director of the Advanced Weapons Research division of the Imperial Military prior to the Battle of Yavin. He is an instrumental part of the Death Star project and ensures the space station's security. 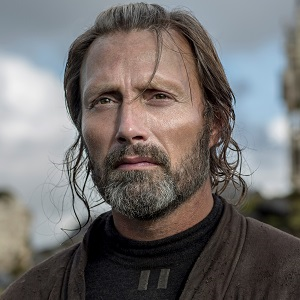 Portrayed by: Mads Mikkelsen
Appearances: Catalyst | Rogue One
"Jyn, whatever I do, I do it to protect you."

Galen was identified as a prodigy from a young age and recruited into the Republic Futures Program. Becoming a theoretician, mathematician, engineer, and experimental physicist, he emerged as the galaxy's leading expert on using crystals to provide power. During the Clone Wars, his wife Lyra gave birth to their daughter Jyn, but unfortunately for Galen his expertise on crystals led to the Empire becoming interested in his work for the Death Star, kidnapping him and compelling Galen to work on its weapon systems.

The Assistant Director on Project Stardust. During the final year of construction, Ronan is assigned to work alongside Grand Admiral Thrawn to solve supply line issues to the Death Star. 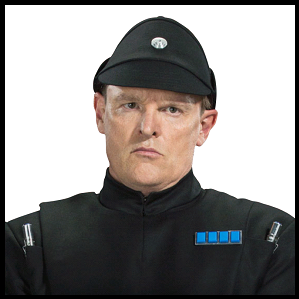 Portrayed by: Tony Pitts
Appearances: Rogue One
"Director, we have to evacuate!"

See his entry on the Rebel Alliance page.
Undead Troopers 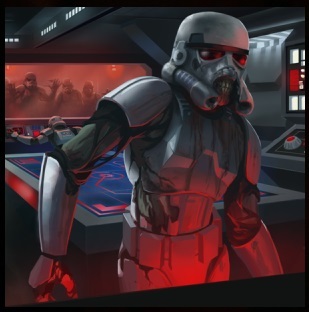 A secret Advanced Weapons Research facility on Dandoran was working on an experiment to revive necrotic flesh, known as Project Blackwing. Using a combination of Sith alchemy and scientific knowledge, it was intended to create the key to immortality. Instead, they had accidentally created an infectious virus that killed its hosts and turned them into cannibalistic zombies, overrunning the entire facility. Fortunately, Saponza and his gang put a stop to the Sickness before it could further spread beyond the facility, but rumors hold that third parties had gotten a hold of surviving samples for weaponization or trade purposes... 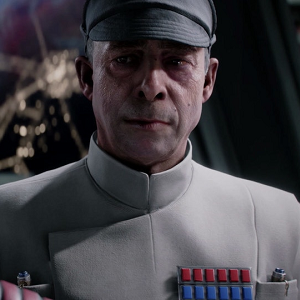 "You take orders from me!"

Portrayed by: Anthony Skordi
Appearances: Inferno Squad | Battlefront II
"I gave my life to this Empire. Fought hard to keep it strong. Hard to believe this is all that's left..."

The father of Inferno Squad's Commander Iden Versio, who oversees the unit's operations. After the Battle of Yavin, he was promoted to Admiral, given command of the Eviscerator, and became an integral part of Emperor Palpatine's contingency plan, Operation: Cinder. 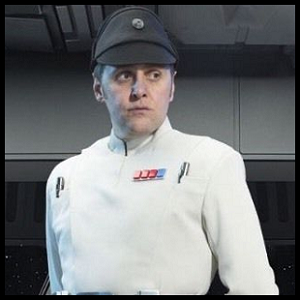 Portrayed by: ???
Appearances: Rogue One

An up-and-coming ISB officer, Jeems is responsible for security at the Imperial Citadel on Scarif, where many of the Empire's darkest and most dangerous secrets are kept. 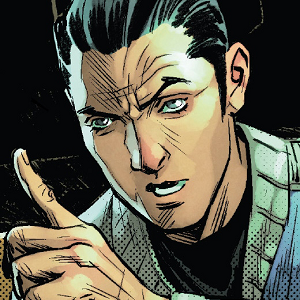 An agent of the ISB that worked with now-Governor Arihnda Pryce in the early years of the Empire's reign over the Galaxy.

An ISB agent stationed at a black-site/top-secret Imperial prison on the Hyborean moon. After the Battle of Endor, Krass's family was killed in a New Republic attack to storm and liberate the Hyborean prison, causing him to flee. Grieving, he wandered aimlessly throughout the Galaxy and came across Maz's Castle on Takodana. After engaging in a fight with a New Republic pilot and his girlfriend at the tavern, the two were scolded by Maz, who then advised Romwell to find peace within himself before warning him to not return to her castle. 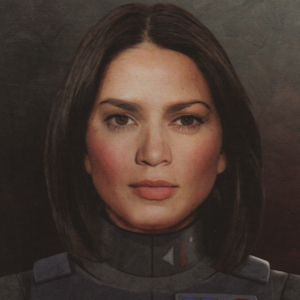 Appearances: All There in the Manual* Scum and Villainy

An ISB agent who has compiled information on various individuals associated with the rebellion and the galactic fringe. She is the daughter of Tan Divo, a detective for the Coruscant Police. 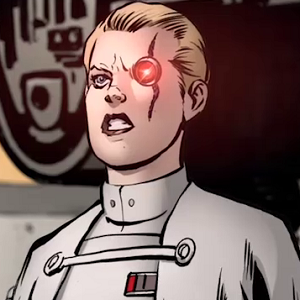 An ISB officer assigned to the Star Destroyer Vehement. Shortly after the destruction of the first Death Star, Beck hunts down the Rebel unit known as the Shrikes, who have knowledge of all potential base sites for the Rebellion.

See her entry on the First Order page.

See his entry on the Lothal Imperial Garrison page.
Swain

See her entry on the Lothal Imperial Garrison page.

Appearances: The Levers of Power
"The rebel assault was doomed from the start. One last insignificant tantrum thrown by their terrorist movement."

A ISB agent and loyalty officer stationed aboard the Star Destroyer Vigilance.

See his entry on the New Republic Senate page.

A protocol droid with feminine programming who served as an administrative assistant in the Imperial Security Bureau's office in the Galactic Empire's Citadel Tower, located in the Imperial security complex on the planet Scarif.

Voiced by: Vanessa Marshall
Appearances: Rebels
"I am PZ-7. I was not aware two inventory units were assigned to this level."

A protocol droid with feminine programming who worked at the Imperial Security Bureau's Killun-71 base.

Second-in-command of the Imperial Security Bureau, later transferred to the Ubiqtorate. 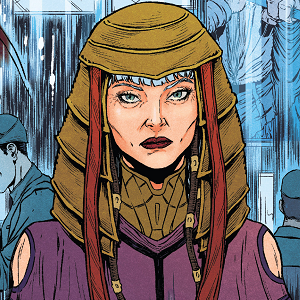 Appearances: Doctor Aphra
"For we—we few! We cunning! We bold!—we are the Coalition for Progress! We—are public relations."

The chair of the Coalition for Progress, which serves as the propaganda division of COMPNOR. After Doctor Aphra creates a political nightmare for her on Milvayne, Voor begins tracking the destructive archeologist to use as a pawn in her own schemes.

Appearances: Rebelsnote  mention in All There in the Manual only

An Imperial bureaucrat who served as COMPNOR's Minister of Information. He was tasked with keeping journalists in check so that their reports corroborated with Imperial propaganda.

Appearances: Rebelsnote  mention in All There in the Manual only

An individual who served as Bureau Chief for the Outer Rim Node of the HoloNet News Agency in Phelar. During the uprising on Lothal, they worked with their boss, Minister Hax, to create wanted posters for the rebels known as the Ghost crew. 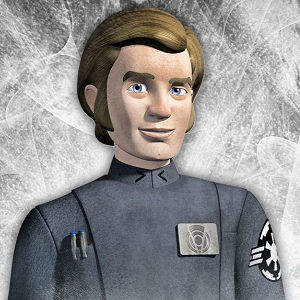 Voiced by: Steve Blum
Appearances: HoloNet News | Rebels | Inferno Squad
"This is Alton Kastle for the only news you need: the HoloNet News."

An Imperial reporter that discusses current events regarding the Empire's presence on Lothal on the planet's HoloNet News. 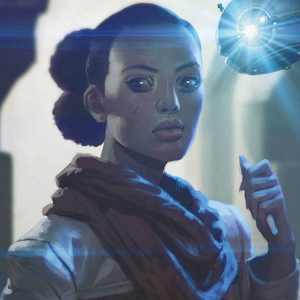 A popular investigative reporter before HoloNet News was absorbed into the Empire. Under the Empire, she was assigned instead to cover events and other casual things in an attempt to produce positive public relations, much to Calliope's displeasure. After Mandora announced her retirement, Calliope's new editor, Eridan, promoted her to senior reporter and dubbed her the "Voice of the Empire".

An old modified recorder droid owned by Mandora Catabe. After her retirement, she passed down her droid to Calliope. X-0X was embedded with a message from Mandora to Calliope, asking her to stay with HoloNet News in spite of its newly-found Imperial loyalties and take advantage of her job as senior reporter, as it will allow her to find information that may prove of use to the Rebellion. Due to age, X-0X was prone to glitches and other bugs.

Appearances: All There in the Manualnote Propaganda

A pro-Republic artist who worked for a Corellian holographic media conglomerate during the Clone Wars, she joined the Republic's successor, the Empire, and mentored young Imperial propagandists for COMPNOR. A propaganda artist herself, she made multiple pieces of Republic propaganda and Imperial propaganda, before her last piece that attempted to copy the pro-rebel graffiti art of Sabine Wren. This was not well received by Grand Moff Wilhuff Tarkin, who had Dunivee arrested on charges of treason and erased information on her from Imperial records.

Appearances: All There in the Manualnote Propaganda

A self-taught artist with an AJ^6 cyborg construct attached to her head. During the Galactic Civil War, she made at least one propaganda poster, Join the SAGroup, based on a concept by Minister Pollux Hax of Information. Her career ended when pro-Alliance slicers hacked into her headpiece and revealed she had anti-Imperial sentiments.

The wife of Admiral Garrick Versio, and the mother of their child, Iden Versio. Like her husband and daughter as well as the rest of their world, she was an avid supporter of the Empire, contributing to the cause as an propaganda artist. She and Garrick divorced when Iden was five, and though she and her former spouse maintained tension, Zeehay still kept contact with Iden.