Spoilers for Thrawn and Thrawn: Alliances will be left untagged. You Have Been Warned. 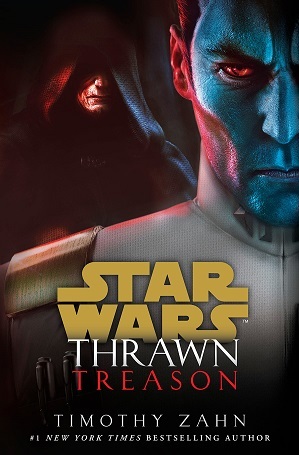 vaThrawn: Treason is a Star Wars Expanded Universe novel written by Timothy Zahn, who previously authored Legends works including the original The Thrawn Trilogy that first introduced the character into the franchise, as well as the preceding novels, Thrawn which had explained the titular character's new origins in the Continuity Reboot, and Thrawn: Alliances which explained Thrawn’s first meeting with Anakin Skywalker.
Advertisement: