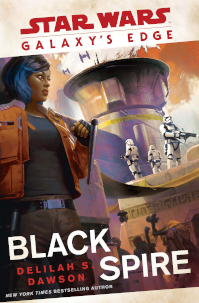 Sometime after the events of Phasma, Resistance spy Vi Moradi arrives at Black Spire Outpost on Batuu to lay the foundation for a Resistance cell and enlists the help of former Captain Cardinal.

The short story, Black Spire Return To A Shattered Planet, takes place after the events of the book and was released with the book's paperback release on June 30, 2020. Dawson has expressed intent to turn follow up Black Spire with a sequel, with Phasma and Black Spire serving as the first two entries in the possible trilogy.