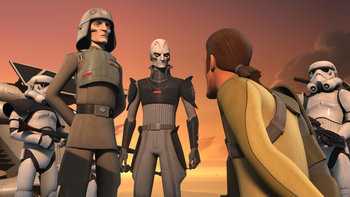 The Rebels plan to hijack an Imperial communications tower to broadcast a message of hope. Meanwhile, Grand Moff Tarkin arrives on Lothal to deal with the Rebel problem.