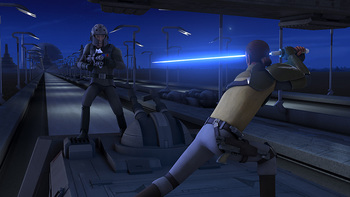 It's Empire Day, a celebration of the founding of the Galactic Empire. As the team prepares some festivities of their own, Ezra reminisces about his parents and meets an old friend being sought by the Empire.