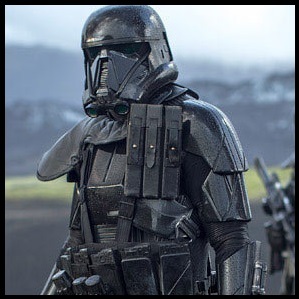 Appear in: Rebels | Thrawn: Treason | Rogue One | The Mandalorian | Darth Vader (2020)
"It's the trooper you don't see that will get you."
—Cassian Andor

The elite soldiers of Imperial Intelligence, the Death Troopers are responsible for guarding key installations and personnel of the organization. 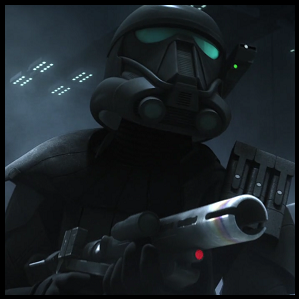 The head of a detachment of Death Troopers assigned by Orson Krennic to covertly escort a large Kyber crystal for the Death Star project.

A Republic Intelligence officer during the Clone Wars, Rancit was appointed by the Emperor to head the Naval Intelligence Agency five years after the rise of the Empire. 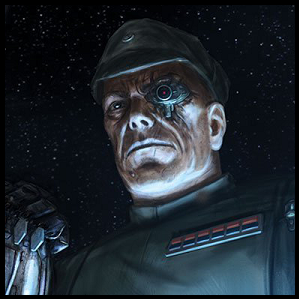 A Imperial officer in the Navy Intelligence Agency.

A Imperial officer serving as Moff Tarkin's second in command at Sentinel Base, where the Empire is building the Death Star.

A subdivision of Imperial Intelligence Agency, often overshadowed by the Imperial Security Bureau (ISB), the Imperial Information Office (IIO) was tasked with monitoring the enemies of the Empire. 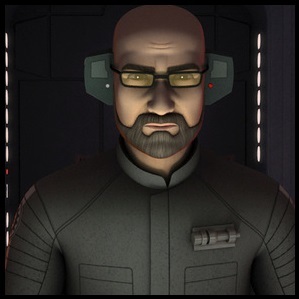 An Imperial Information controller. When the rebels sent AP-5 and Chopper disguised as Imperial droids to Killun-71 to retrieve access codes to Lothal, the Imperial Information Office detected Chopper as an infiltrator. The Controller and his team chose to override the astromech and remote control him back to the rebels in an attempt to learn the location of their base per Thrawn's orders.
Tseebo

See his entry on the Lothal page.