WARNING: The descriptions within this sheet assume that the reader has played Persona 3. As such, it contains UNMARKED SPOILERS regarding the story of this game. Viewer discretion is advised. 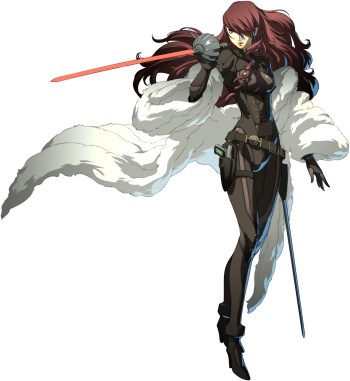 Punishing evil from her lonely throne!

One of the founding members of S.E.E.S., a group of Gekkoukan High School students and Persona users. After graduating, Mitsuru became part of a clique of elites in her college, while still attending to the needs of the struggling Kirijo Group. To this end, she requested a meeting with the police (as well as Naoto Shirogane) to help her establish the Shadow Operatives, a private paramilitary organization composed of her fellow S.E.E.S. alumni, dedicated to controlling Shadow-related activity and keeping an eye on Persona users. Her Persona, Artemisia, specializes in ice magic and has the ability to analyze the weaknesses of Shadows, as well as communicate with other Persona users. Before Mitsuru found her resolve and evolved it, her Persona was once known as Penthesilea.

Some time after the events of the Midnight Channel Murders, she meets with Naoto Shirogane and briefly consults her regarding the information regarding the hijacking of some cargo, and personally summons Akihiko Sanada to assist her in recovering it. After travelling to Inaba to search for the cargo, she learns of the "P-1 Grand Prix". Suspicious of such an event, Mitsuru decides to participate and look into the Grand Prix.

Mitsuru's Instant Kill is Niflheim. Artemisia flies high into the air and drops its whip like a hook, latching onto the opponent and carrying them into the air as they are slashed and frozen simultaneously. Mitsuru bids them adieu as she stabs them through the ice, completing her execution. 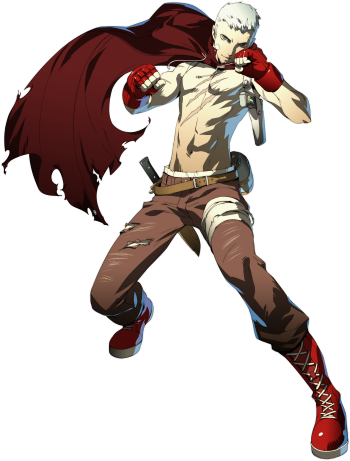 The man who lusts for power returns!

"I've been waiting for this moment!"

A veteran of S.E.E.S. and close friend of Mitsuru. After his little sister died in a house fire, Akihiko resolved himself to become strong in order to protect those he cares about. While cool-headed and good-natured, he is somewhat socially awkward. His Persona was once Polydeuces, but after the death of his best friend Shinjiro Aragaki he found a new resolve and his Persona evolved into Caesar, which specializes in physical attacks and can also use electricity.

After graduating, Akihiko entered college, but decided to focus on perfecting his punch and becoming the best fighter in the world, dropping out in the process. Upon learning of the "P-1 Grand Prix", Mitsuru sends an invitation to Akihiko to join her. Eager to battle a new generation of Persona users, Akihiko returns to Japan.

Akihiko's Instant Kill is Earth Breaker. Caesar produces a globe within its hand that begins sucking the opponent in. If they touch the globe, they are miniaturized and fall onto the globe, and are shocked to see a mysterious object careening downward on top of them. The object turns out to be Akihiko, with his fists extended as he punches the opponent downward onto the globe, causing a visible explosion on the upper portion of the globe, as seen through a zoomed-out view. 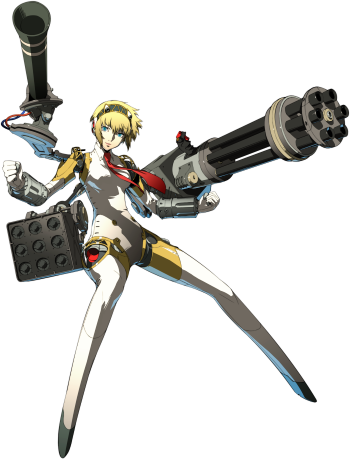 Her fingers are guns, her eyes are sights!

A Shadow-hunting android created by the Kirijo Group, who served alongside S.E.E.S in their campaign against Nyx. Although she is a robot, Aigis soon developed emotions, and is able to summon a Persona of her own: Palladion, which eventually evolved into Pallas Athena, her Ultimate Persona. Athena specializes mainly in physical attacks involving her lance and shield, but can also use Almighty attacks such as Megido.

After the blue-haired boy who helped Aigis discover herself sacrificed himself for the world's sake, she became the field leader of the group in the battle against Erebus during the events of The Answer, having inherited his unique ability. Three years later, she is now a member of the Shadow Operatives and comes to the rural town of Inaba with Mitsuru and Akihiko, joining the "P-1 Grand Prix" to find the Kirijo group's stolen cargo.

Aigis' Instant Kill is Heritage Liberator Palladion, and it is only usable while she is airborne. She fires her gatline guns downward at the opponent, and if any of the bullets connect, Pallas Athena appears and throws her spear into the opponent, sending them flying. Aigis then summons Palladion, taking the form of a giant shoulder cannon, takes aim, and fires a huge laser that obliterates the opponent, but forces her to cool down afterwards. 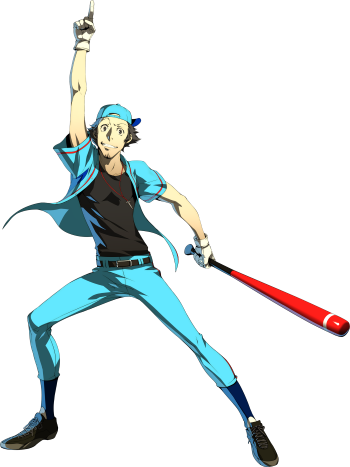 A former member of S.E.E.S., a group of Gekkoukan High School students and Persona users. He now works part time as a baseball coach, and occasionally helps out the Shadow Operatives when Mitsuru asks him to (she rarely does). When he misses his train stop and arrives at Yasoinaba, he becomes entwined in the strange happenings there.

Junpei's Instant Kill is Explosive Level-Up Grand Slam. Trismegistus grabs the opponent, and then flies into outer space. Junpei winds up, and the opponent gets pitched at him from space. Junpei then hits the opponent as they come crashing down, causing them to fly into a scoreboard, which gets burned by the impact. 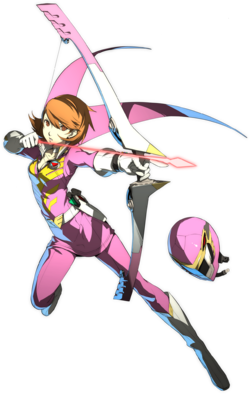 A former member of S.E.E.S., a group of Gekkoukan High School students and Persona users. Now in college, she works part time as a Fashion Model and actress. She also stars as Suzuko Kujakuin/Feather Pink the latest iteration of Persona's Show Within a Show parody of Super Sentai and Power Rangers, Phoenix Ranger Featherman Victory.

One day however, an actual helicopter not part of the filming appears on the set. Labrys and the Kirijo family maid Kikuno emerge from the copter and inform Yukari of Mitsuru's dire status. Taking no time to even change costumes, Yukari, accompanied by Labrys, heads to Yasoinaba.

Her Instant Kill is Final Feather⭐Arrow. Yukari launches an arrow in the air. If it hits her opponent, she uses her Evoker to summon Isis who keeps her opponent in place by hitting them with wind strikes. Then Yukari fires a powerful arrow from the sky which obliterates her foe. 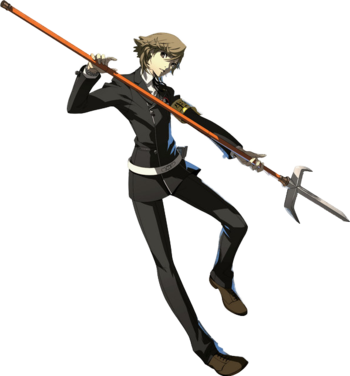 A youthful craving for respect!

A former member of S.E.E.S. and the youngest human Persona-user in the series. He acts notably mature for his age, though he does suffer some issues involving his Missing Mom. After the events of Persona 3, Ken has moved on to middle school and became a member of the student council, as well as a reserve member of the Shadow Operatives. He joins the fight in Ultimax after Mitsuru and the others are kidnapped.

His Instant Kill is Baptism of Light and Darkness where he whistles to make Koromaru charge forwards while he is surrounded with fire shaped like a wolf head. Upon hitting, the opponent is launched into the air as the two of them summon their Personas to cast Hamaon and Mudoon, creating a sphere around the opponent which obliterates the opponent, only leaving light and dark particles behind. 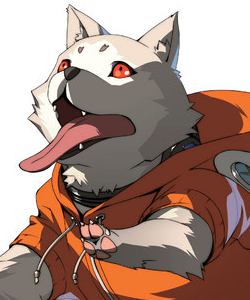 The former Team Pet of S.E.E.S. A dog who gained access to a Persona after he witnessed the death of his master in a hit-and-run.

After the events of Persona 3, Koromaru moved in with Ken and started wearing the hoodie Ken used to wear when he was still in elementary school.