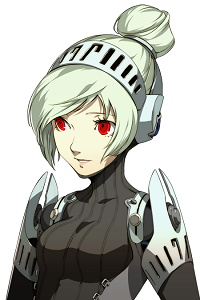 One of the multiple functioning robots during the 1999 Kirijo Group Testing. A skilled performer in combat, but she now performs out of spite than of worth to the scientists. While she doesn't have a Persona (or it might not have activated during the events of Labrys' time), she has a strong set of emotions, favoring nature and even befriended a pet dog.

She's one of the first contacts, and ultimately the last fought in the arena, Labrys had within the island facility. The time off the facility grants allows Labrys to spend every day with her, but even then, every day the robots are fighting off against each other. 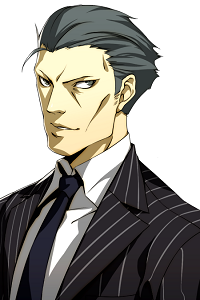 A member of the Shadow Operatives, operating as a regular detective of the local forces around Japan. His title is a "detective", but he has worked previously as a police officer and investigator.

Between the events of Persona 4 and Arena, he was over at Inaba's local police station investigation unit on the serial killer there working as a detective. Initially, he dismissed the topic as too extreme and nonsensical, but the manner of the report and how strange it was followed along with the Shadow Operative's motives. He gives his report to Mitsuru, who then kicks off why she and her friends are a part of Arena. 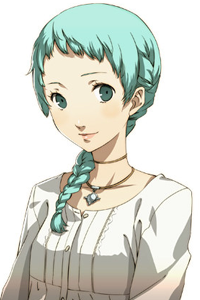 The former Mission Control of the S.E.E.S team in their battle against Nyx, Fuuka is now a student in college occasionally consulting with Mitsuru's new group the "Shadow Operatives". Much like Rise and Mitsuru, her Persona, Juno (formerly Lucia), is able to analyze the weaknesses of Shadows and establish psychic links with other Persona users to communicate with them. While not a fighter in the "P-1 Grand Prix", Fuuka can serve as one of the many optional Combat Commentators, calling out and providing info during battles. 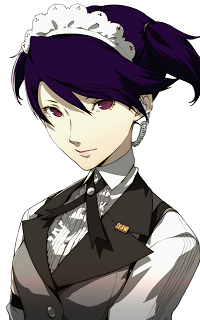 Mitsuru Kirijo's personal assistant. Kikuno is a member of the Shadow Operatives, but since she cannot use a Persona she does not get involved in the action as much. She appears first in the Drama CD New Moon and Full Moon, but she doesn't get a portrait until Ultimax where she transports the reserve members to Inaba. 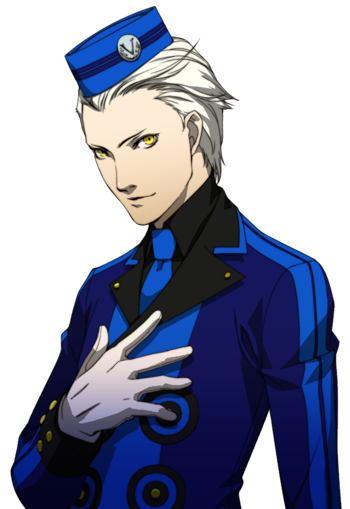 Another inhabitant of the Velvet Room and the younger brother of Elizabeth and Margaret. During the events of Ultimax, Theodore starts to ask questions about the outside world and wonders why Elizabeth left, so Margaret sends him out to pick up one hundred cans of "cola". Along the way he runs into the cast several times.

The late field leader of S.E.E.S. and a former wielder of the Wild Card, whom Aigis inherited following his death. Three years ago, he sacrificed himself to become the Great Seal, to prevent the Fall. To honor him, his friends decided to live their lives to the fullest.