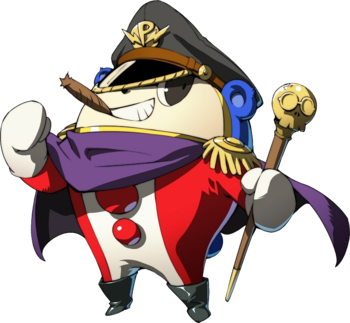 Teddie with a beary bad attitude.

An Evil Knockoff of Teddie who runs the P1 Grand Prix. Although at first believed to be Teddie, it quickly becomes apparent that he's an impostor.

General Teddie is actually a disguise taken on by two separate characters, Shadow Labrys and the Malevolent Entity respectively, and as such, this folder focuses on the disguise as a whole. 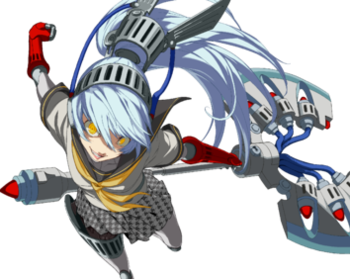 I am a Shadow, ruin incarnate!
Click here to see Asterius 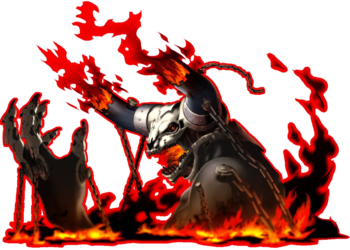 The Minotaur of Crete

Labrys' Shadow, born from Labrys' desire to be a normal girl. She is responsible for creating the "P-1 Grand Prix", as well as the true identity of General Teddie. With the ability to manipulate her surroundings, she created the rendition of Teddie inside the TV world.

Her berserk form is that of Asterius, the mythical Minotaur, which she uses in conjunction with her Labrys form in battle. In Ultimax, she returns as an alternate personality within Labrys, who can wield Asterius instead of Ariadne as a Persona.

Shadow Labrys' Instant Kill is Labyrinthos Gate, a two-part command grab. First, Shadow Labrys becomes imbued with Asterius' dark energy. By repeating the same input, she attemps to grab the opponent, and if successful, she tosses them into a portal leading into a maze-like dungeon. Asterius then emerges from the depths and devours them as the camera pans outward towards the maze entrance as the victim's screams can be heard, while Shadow Labrys stands alone laughing. 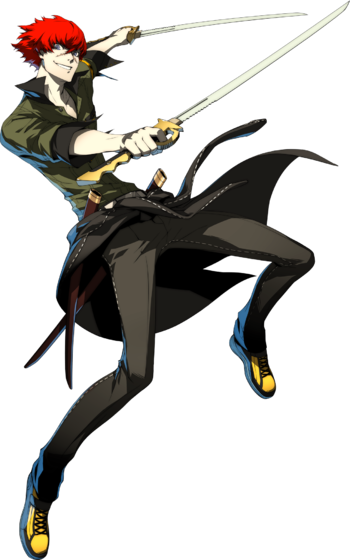 A volatile fighter with a sword in each hand!

A new character introduced in Persona 4 Arena Ultimax, and the true identity of the Eerie Voice from Arena. Sho is a mysterious red-haired youth who wields twin katanas and denounces the concept of friendship. His first appearance is at the climax of Arena's story mode, where he takes control of Labrys and forces her to attack her new friends, before explaining his motivation to gather data on the Investigation Team and disappearing. He appears in Ultimax in the midst of the chaos caused by the Red Fog and gleefully admits to being behind it as well. With an almost childlike sense of cruelty, he has declared that he will destroy this world and all that stands in the way of his goal.

In actuality, Sho is one of several adopted children of Shuji Ikutsuki, one of Persona 3's main villains. Being the son of a Mad Scientist, he was used in the same experiments that Labrys underwent, except this time his "siblings" were human beings and a solitary lifestyle was enforced upon him by Ikutsuki, who knew full well of what he considered the failure of Labrys' experimentation. Eventually, Sho emerged the only remaining survivor, and had a Plume of Dusk implanted within him, creating MINAZUKI. MINAZUKI, however, was not someone who could obey orders without question, and so Ikutsuki deemed Sho a failure and dumped him in a hospital in Yasoinaba with a sizable inheritance. Left to fend for himself in a world he didn't understand and couldn't be understood by, Sho grew angry and hateful towards it, wishing for humanity's destruction. This caught the attention of the Malevolent Entity, who offered to grant his wish. Sho accepted the offer, setting in motion the events of the first Arena game.

While Sho himself can't use a Persona, and is jealous of Persona users, he has a second personality that can use the Persona Tsukiyomi. Because of the lack of a Persona, Sho also does not have an instant kill. 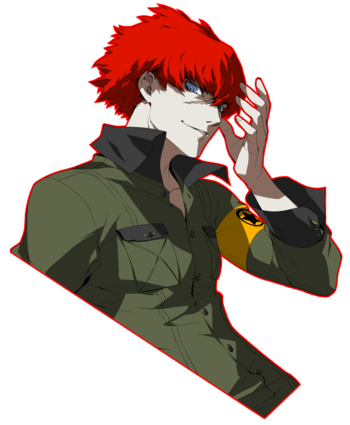 Insanity in one hand, tenacity in the other!
Click here to see Tsukiyomi 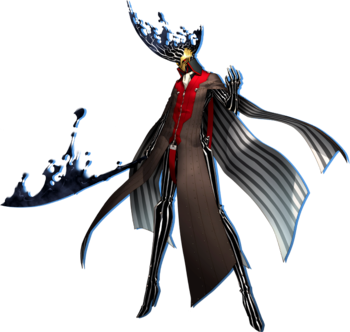 "Behold. We are about to change the world."

The "second" Sho, who can use a Persona. In contrast to the other Sho, who is loud and reckless, this one is more calm and calculating. His Persona is Tsukiyomi, the god of the moon.

MINAZUKI was born when Shuji Ikutsuki surgically implanted a Plume of Dusk within Sho in one of his experiments. Since Plumes of Dusk are meant to generate egos in Anti-Shadow Weapons, the result when used on humans was the emergence of secondary personalities. Unlike Sho, MINAZUKI was extremely wary and distrustful towards Ikutsuki, prioritizing Sho's well-being over all else. Deeming his experiment a failure, Ikutsuki attempted to erase MINAZUKI, but this failed, so instead Sho was sedated and abandoned at a hospital in Yasoinaba. With his father figure now gone, Sho turned to MINAZUKI as the only friend he had left, and as such he strived to grant whatever desire his friend wanted. Eventually, the Malevolent Entity approached them and offered to work with them in order to grant Sho's wish: the destruction of the entire human race except himself.

MINAZUKI's Instant Kill is God and Demon Annihilation. He delivers an X-shaped slash with his dual katanas with enough force to knock the opponent into the air. Tsukiyomi then bombards the opponent with dark energy, lifting them higher and higher into the air as the screen is shrouded in darkness. As the outline of the opponent is seen falling, Tsukiyomi appears and delivers a final slash, shattering the darkness and eradicating the opponent.

The former head of S.E.E.S and member of the Kirijo Group, Ikutsuki was revealed to have had his own agenda during the Dark Hour incident 3 years ago. He died after attempting to sacrifice Mitsuru and the others, and yet his influence isn't entirely gone... 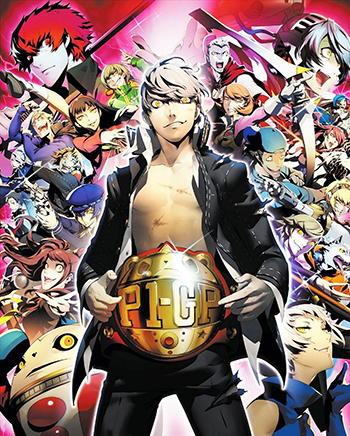 "Bring on the ring!"

A group of Evil Knockoffs created in Ultimax to keep the Investigation Team and Shadow Operative members occupied while the Big Bad enacts his Evil Plan.

The only characters that don't have a shadow type are both Shos, Adachi, Elizabeth, Margaret, Marie, and Shadow Labrys (for obvious reasons).

Shadow-Type characters have the same overall build and skill set of the the people they're based on, but they have a few quirks that set them apart. They have 2000 more HP than Normal-Types and can use Awakening-exclusive skills at any time, and they can enter a powered-up state called Shadow Frenzy. However, they can only do 80% of the damage and cannot enter Awakening or use Instant Kills. 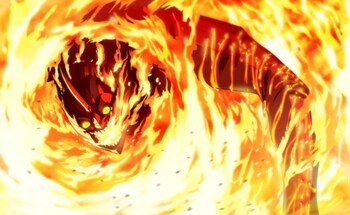 "The heart is frail. Its weaknesses are never fully vanquished. Given the opportunity, it can betray you and return to darkness."

The Eldritch Abomination Man Behind the Man responsible for all the events in Persona 4: Arena. He was the one who saw to it that Labrys was thrown into the TV world, and is also the true identity of all the apparent shadow selves other than Shadow Labrys. He seeks to gather powerful Shadows in order to create a "true vessel" for himself.

In Ultimax, he takes the form of General Teddie, creating the P-1 Climax in order to distract the heroes while he completes a new plan to make his "true vessel". In the end he is revealed to be Hi-no-Kagutsuchi, the collective will of those who abandon all connections, and strive to live only for themselves, and the Japanese god of fire.