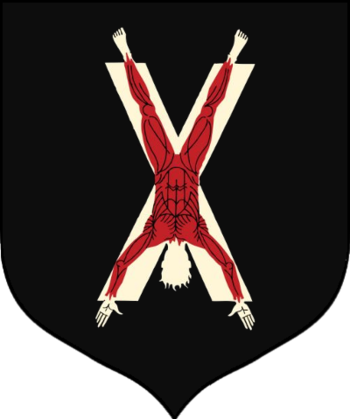 "Our Blades Are Sharp."
"A naked man has few secrets; a flayed man, none."

An old and powerful Northern house, vassals and ancient rivals of House Stark. Their seat is the Dreadfort, a castle which controls the eastern-central North.

In the aftermath of the Red Wedding, which they participated in, House Bolton has been promoted by Tywin Lannister, taking all of House Stark's former titles, including Lordship of Winterfell and Wardenship of the North. 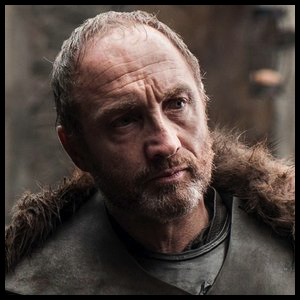 "The high road is very pretty, but you'll have a hard time marching your army down it."

Lord of the Dreadfort and head of House Bolton. Bannerman of Robb Stark during the War of the Five Kings, he betrays Robb and murders him during the massacre at Edmure Tully's wedding at The Twins. Roose is then appointed Lord of Winterfell, Lord Paramount and Warden of the North by Tywin Lannister as a reward. 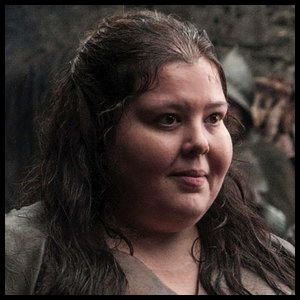 "It must be difficult for you being in a strange place."

Roose Bolton: Lord Walder let me choose any of his granddaughters and promised me the girl's weight in silver as a dowry. So I have a fat young bride.
Catelyn Stark: I hope she makes you very happy.
Roose Bolton: Well, she's made me very rich.

Roose Bolton's new wife, who he married as a part of a political alliance with House Frey. She's one of Walder Frey's numerous granddaughters. 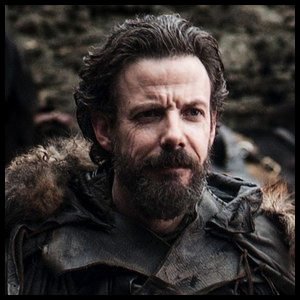 "Have you seen what I can do with a knife?" 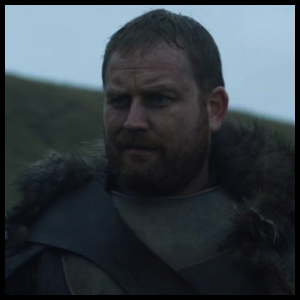 "Lord Bolton charged me with bringing him to King's Landing. '''Alive.''' And that's what I aim to do." 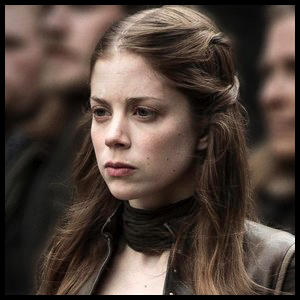 "Not so pretty now."

"She thinks she's pretty. Let me put one through her face."

Ramsay Snow's mistress. She is a kennel-master's daughter.

A bedwarmer for Ramsay Snow.

A bedwarmer for Ramsay Snow. 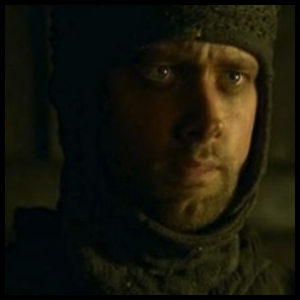 The interrogator at the Dreadfort.