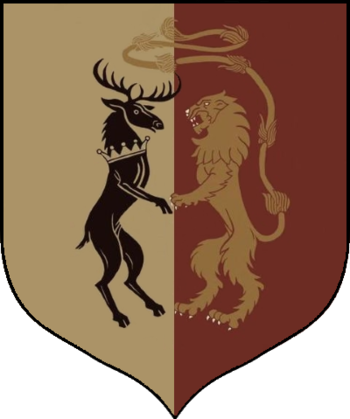 "Ours is the Fury."
Robb Stark: Stannis Baratheon sent ravens to all the high lords of Westeros. King Joffrey Baratheon is neither a true king, nor a true Baratheon. He's your bastard son.
Jaime Lannister: Well, if that's true, then Stannis is the rightful king. How convenient for him. 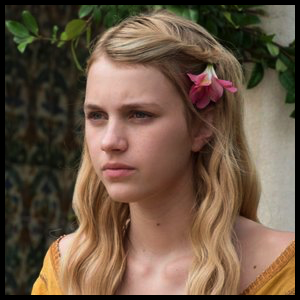 "I'm glad that you are my father."
Click to see Myrcella as played by Aimee Richardson. 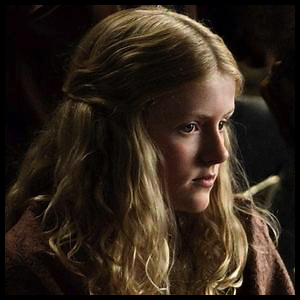 "Myrcella is a sweet, innocent girl and I don't blame her at all for you."
— Tyrion Lannister (to Cersei)

Robert and Cersei's only daughter, the middle child. Jaime Lannister, the queen's own twin brother, is her biological father, and that of her siblings. In Season 2, she is Put on a Bus to the southern kingdom of Dorne, betrothed to Trystane Martell, Prince Doran Martell's youngest son. 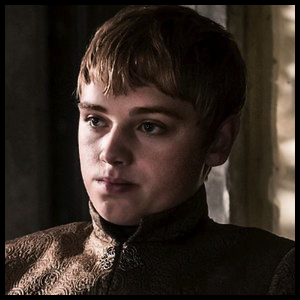 "Wisdom. Wisdom is what makes a good king."
Click to see Tommen as played by Callum Wharry. 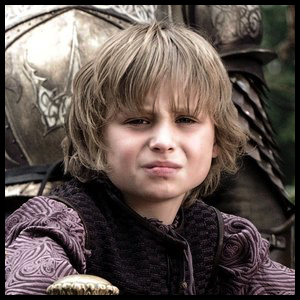 Tywin Lannister: How do you know which choice is wise and which isn't? You've any experience of treasuries and granaries, or shipyards and soldiers?
Tommen Baratheon: No.
Tywin Lannister: No. Of course not. A wise king knows what he knows and what he doesn't. You're young. A wise young king listens to his counselors and heeds their advice until he comes of age. And the wisest kings continue to listen to them long afterwards.

Robert and Cersei's second son and youngest child. Crowned King of the Andals and the Rhoynar and the First Men, and Lord of the Seven Kingdoms, although his mother retains the regency and the title "Protector of the Realm" has been granted to his grandfather, Lord Tywin Lannister, the Hand of the King. Jaime Lannister, the queen's own twin brother, is his biological father and that of his siblings.