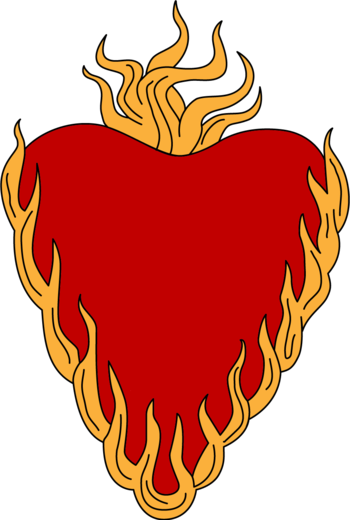 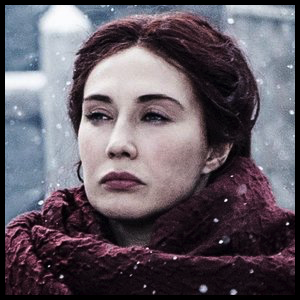 "The Night is Dark and Full of Terrors."

"There is only one hell...the one we live in now."

A mysterious red-headed eastern priestess who worships 'The Lord of Light'. Originally convinced that Stannis is the Messiah of her religion, she did all in her power to support his claim on the Iron Throne and convert him to her religion. Following Stannis' failed siege of Winterfell and death, Melisandre begins to doubt her path and even her God, wondering if all she had done was for nothing. 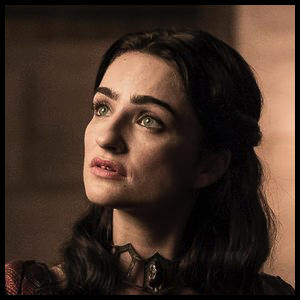 "Knowledge has made you powerful, but there's still so much you don't know."

The High Priestess of the Red Temple of Volantis, summoned by Tyrion and Varys to Meereen to help Daenerys. 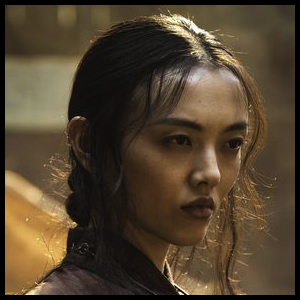 A slave of apparently eastern origin (presumably Yi Ti, the Fantasy Counterpart Culture to Imperial China). According to the Volantene tattoo on her face, she was trained as a prostitute. It seems that she was eventually bought by the Red Temple in Volantis and was trained as a Red Priest.

Advertisement:
Thoros of Myr
A priest of the Red God. He joined the Brotherhood Without Banners.

See the Brotherhood Without Banners page.