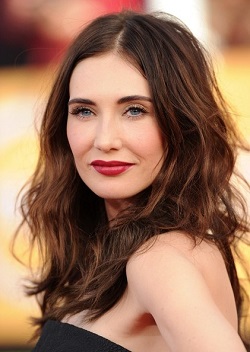 She rose to prominence with her role in Paul Verhoeven's Black Book. Internationally, she is known for English-speaking works such as Valkyrie, Repo Men, Black Death and the HBO series Game of Thrones in which she played the role of Melisandre the Red Priestess from 2012 to 2019.

She's been with Guy Pearce since 2015, and they have a son together.