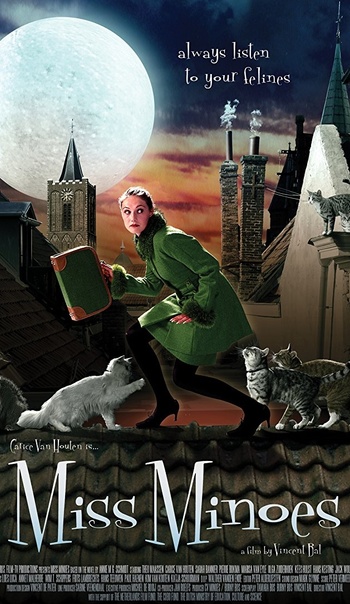 One night, Minoes, a female cat, stumbles upon a can of chemicals that was dropped by a truck, and drinks it. Somehow, the chemicals turn her into a human (Van Houten). She soon meets a journalist named Tibbe (Maassen), who works for the newspaper of the town of Killendoorn and badly needs scoops. Minoes helps him find scoop material since her cat friends can go anywhere and report to her. They soon start to suspect Mr. Ellemeet (Pierre Bokma), the city's rich chemical factory owner, to indulge in illegal activities.

Paul Verhoeven later revealed that this children's movie convinced him to cast Carice van Houten in Black Book, which boosted her career.