Only spoilers from the last season will be hidden, so beware spoilers if you're not up to date on the episodes.

After the death of Lord Eddard Stark, his children go about in separate storylines. 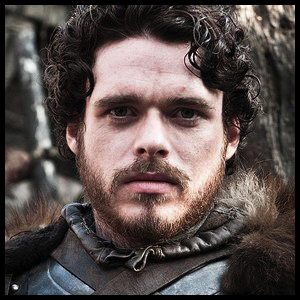 "If we do it your way, Kingslayer, you'd win. We're not doing it your way."

Eldest son of Eddard and Catelyn Stark. King in the North, King of Winter and King of the Trident. Murdered by his bannerman Roose Bolton and his host Walder Frey at his uncle Edmure Tully's wedding to Roslin Frey, which is known thereafter as the Red Wedding. 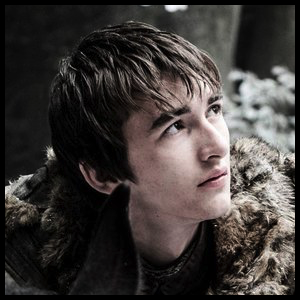 "I need to learn to see better. When the Long Night comes again...I need to be ready."

The second son of Eddard and Catelyn Stark and their fourth child. He becomes the acting Lord of Winterfell and the head of house Stark after Eddard and Robb are killed. He escapes the Ironborn occupation of the North and embarks in a quest beyond the Wall to find the mystic three-eyed raven and fulfill his destiny as The Chosen One. 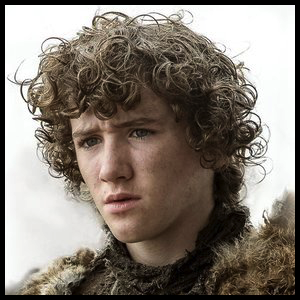 "I'm your brother. I have to protect you."

"We are not southerners."

The youngest child of Eddard and Catelyn Stark.