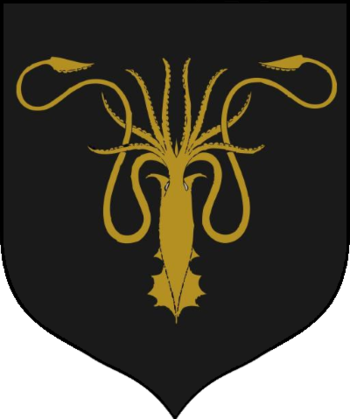 The Great House of the Iron Islands, a poor, unforgiving archipelago to the west of the continent of Westeros. Iron Islanders (or ironborn) periodically raided the Seven Kingdoms for resources until the Targaryen invasion put an end to it, something that they didn't take well. The ironborn have contempt for the continental lifestyle and their rule (which they call "southern oppression") and have risen in rebellion several times throughout their history. 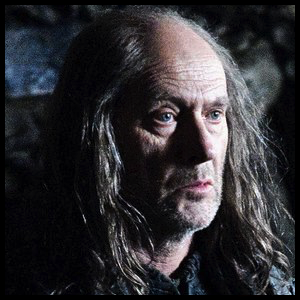 "No man gives me a crown. I pay the iron price. I will take my crown. That is who I am. That is who we have always been."

"The ironborn will reave and pillage as it was in the old days all along the northern coast. We'll spread out dominion across the green lands securing the Neck and everything above. Every stronghold will fall to us one by one."

Lord Balon Greyjoy is Lord of the Iron Isles, and the Lord Reaper of Pyke — capital of the Isles. More than a decade ago, Lord Balon claimed the title of Iron King and rose in rebellion against King Robert. Robert, Eddard, and Jon Arryn put an end to it, destroying his army and killing his eldest sons. Ned Stark then took Balon's youngest surviving son Theon as a hostage to keep Balon loyal to the Iron Throne. Balon has been itching for revenge and another shot at independence ever since, and the great houses' distraction with the War of the Five Kings has given him the opportunity to crown himself Iron King once again. Instead of attacking the traditional Ironborn enemies (Tullys/Mallisters, Lannisters, and Tyrells), Balon unleashed his forces on the North, which was largely undefended due to Robb's campaign in the south. 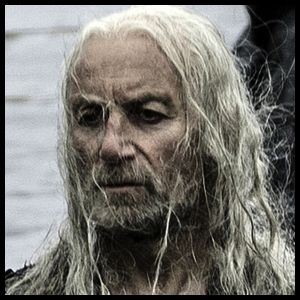 "What is dead may never die"

"We speak in the presence of the Drowned God!

The youngest of Balon Greyjoy's brothers. He is a Drowned Man, a priest of the Drowned God. 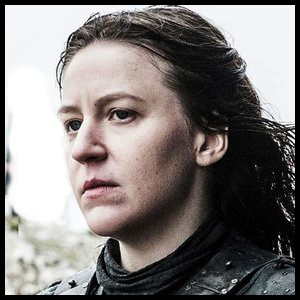 "So good to see you, brother. This is a homecoming I'll tell my grandchildren about."

Theon's older sister, trained by her father as his actual heir in his son's absence. In Season 6, she declares herself Queen of the Iron Islands, steals most of Euron's fleet, and sets sail for Mereen to make an alliance with Queen Daenerys. 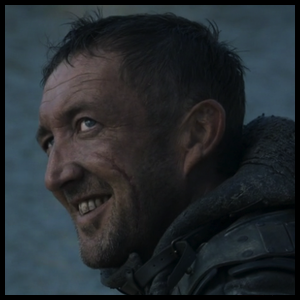 A veteran Ironborn raider assigned as Theon's second at the Sea Bitch. He acts as a mentor of sorts to Theon reminding him that the Ironborn follow men, not orders, and he must earn their respect if he wants to lead them. 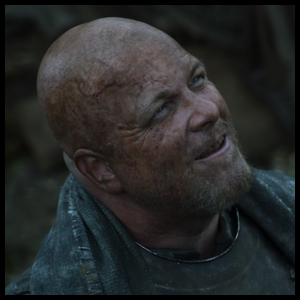 "I've been reaving and raping since before you left Balon's balls, Captain."

A veteran Ironborn raider assigned to the Sea Bitch. 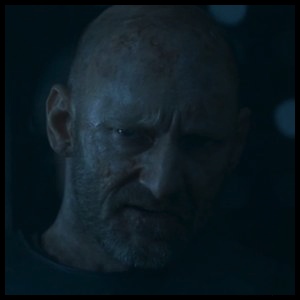 "The Ironborn will not surrender. You go tell your master that, Theon Greyjoy, or whoever the fuck you are!" 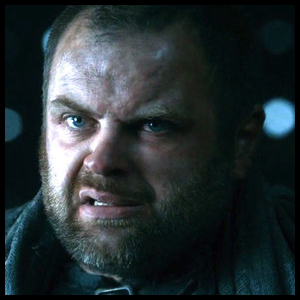 "If we yield we live? Is that what is says on this paper here?"

One of the Ironborn soldiers at Moat Cailin.