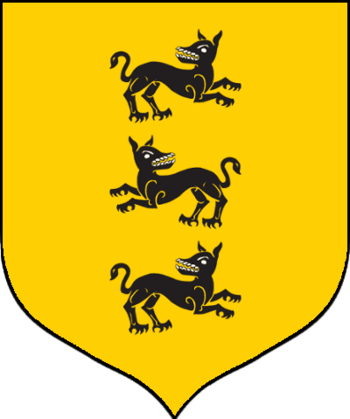 "House Clegane—because every lord needs a beast from time to time."
— Tywin Lannister

A young knightly house of the Westerlands with humble origins, one of the vassals to the Lannisters. It was raised to knighthood by Lord Tywin's father, the late Tytos Lannister. 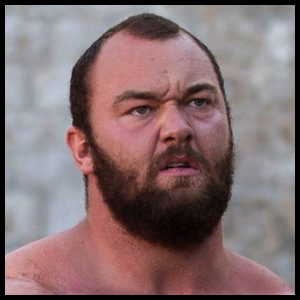 "Who am I fighting?"
Click to see undead Gregor. 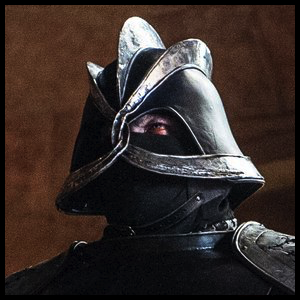 Click to see Gregor as played by Conan Stevens. 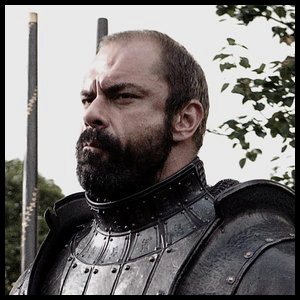 Click to see Gregor as played by Ian Whyte. 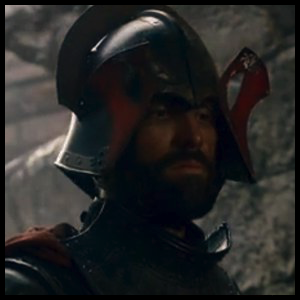 "Elia Martell! I killed her children! Then I raped her! THEN I SMASHED HER HEAD IN, LIKE THIS!"

Head of House Clegane. Called "The Mountain", he is a massive and obscenely brutal knight in the service of House Lannister and is the older brother of The Hound. Does most of Tywin Lannister's dirtiest work, and enjoys every second of it. After his duel with Oberyn Martell in Tyrion's trial by combat, Gregor is fatally wounded and poisoned, and is experimented on by Qyburn to save his life. He comes back among the living as a new a member of the Kingsguard whose identity is an Open Secret, and becomes Cersei Lannister's bodyguard from then on. 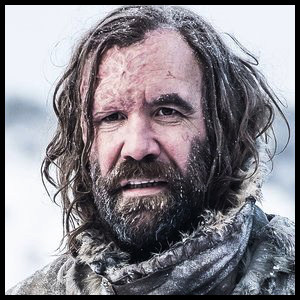 "Hate's as good a thing as any to keep a person going."

"There's plenty worse than me. I just understand the way things are."

Called "The Hound," personal bodyguard to Prince Joffrey Baratheon. His brother shoved his face into a fire when he was a child, burning and scarring him horrifically. He's briefly a member of Joffrey's Kingsguard (despite not being a knight) before abandoning Joffrey, the Kingsguard, and the city during the Battle of Blackwater Bay. Since then, he's wandered the Riverlands and taken Arya Stark as his captive, hoping to ransom her first to Robb and Catelyn, and, after their deaths, to Lysa Arryn. He encountered Brienne of Tarth and fought her to defend Arya, and was wounded and left for dead. 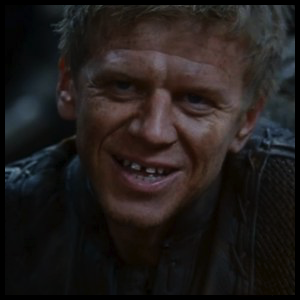 "Is there gold and silver in the village?... Are there any gems?... Where is the Brotherhood?... Who's helping them?"

A torturer and interrogator serving under "The Mountain". 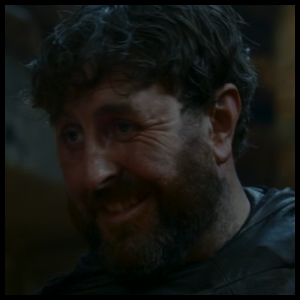