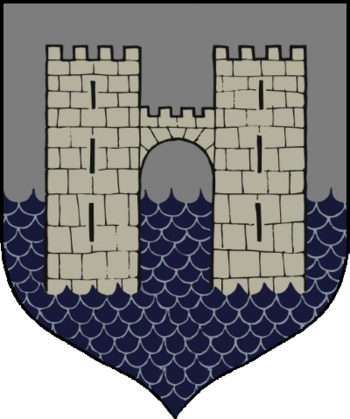 A noble house of the Riverlands, and probably the Tullys' most important vassal, though they are less than scrupulous in discharging their feudal obligations to their nominal overlord, and often ignore their duties in service of their own interests. Their castle(s) is known as the Twins, a very strategic bridge-fortress across the Green Fork tributary of the River Trident. In the aftermath of the Red Wedding and House Tully's downfall, House Frey has taken all of House Tully's former titles, including the Lordship of Riverrun. However, the Lordship Paramount of the Riverlands is in dispute between House Frey and Petyr Baelish, who was given Harrenhal and (formally) the Lordship Paramount, but is uninterested in ruling, making Walder Frey de facto Lord Paramount. 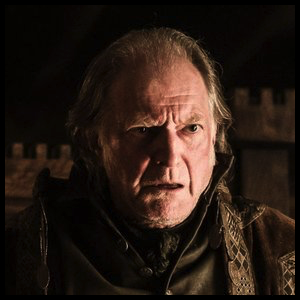 "'The late Walder Frey' old Tully called me because I didn't get my men to the Trident in time for battle. He thought he was witty...but look at us now, Tully! You're dead, your daughter's dead, your grandson's dead, your son spent his wedding night in a dungeon and I'm Lord of Riverrun!"

Lord of the Twins and head of House Frey. A powerful bannerman to House Tully, though not a particularly loyal one. 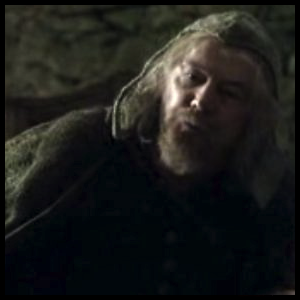 The first trueborn son and heir of Walder Frey. A man of sixty odd years. 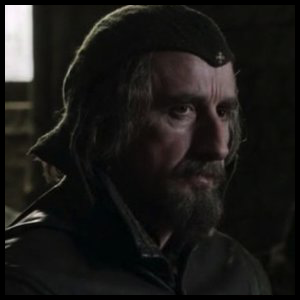 The bastard son of Walder Frey, probably his oldest baseborn child due to his apparent age. 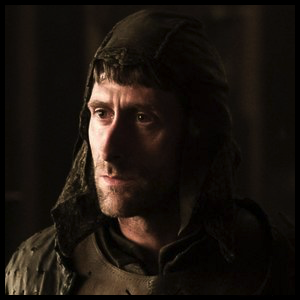 "Lord Frey requires a formal apology for your violation of your sacred oath to marry one of his daughters."
Click to see Lothar portrayed by Tom Brooke. 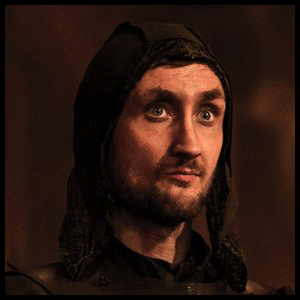 A son of Walder Frey, and the steward of the Twins. 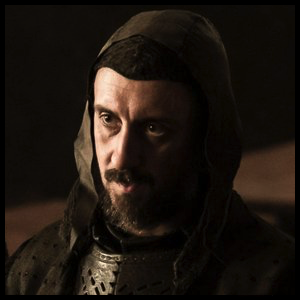 One of Lord Walder's many bastard sons.

One of Lord Walder's sons. As part of the agreement made with Robb's forces by Catelyn, he became Robb's squire.

The youngest of Lord Walder's legitimate daughters, and his youngest child yet identified. Presented to Robb as one of the Frey girls he could have married, she is nine years old in Season 3 and as such, yet unflowered.

A trueborn daughter of Lord Walder's, first seen when Catelyn negotiated with her father in Season 1, and later seen again at Edmure's wedding where her father presents her to Robb.

Two girls who Lord Walder identifies as his eldest granddaughters. Presented to Robb at the Twins.

Twin granddaughters of Lord Walder, presented to Robb at the Twins.In the books...  They are the daughters of Raymund Frey, Walder's eleventh trueborn son, born to his third wife Amarei Crakehall.

Another granddaughter presented to Robb at his uncle's wedding at the Twins.

A granddaughter of Lord Walder, seen at the Twins by Robb and his retinue.

One of the Frey girls presented to Robb at his uncle's wedding.In the books... Her father is Whalen Frey, third-born son and child of Alessa Blackwood and Lord Walder's fourteenth son. Lame Lothar is her full-blood uncle. 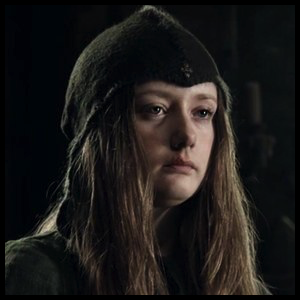 "You see that? Fifteen, she is. A little flower... and the honey's all mine."
— Lord Walder Frey

A grandniece of Lord Walder.

A male of unspecified relations to the main Frey line, mentioned several times throughout Seasons 2 and 3. He is confirmed to have gotten married at some point before the main story began.